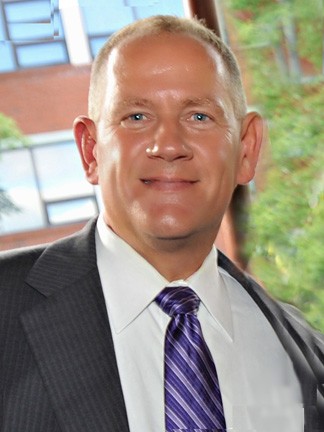 “After nearly 40 years in the retail automotive business, I find it rewarding to watch men and women of all ages grow in their careers and find a path to success in our industry.”

Huff is one of a select group of 48 dealer nominees from across the country who will be honored at the 106th annual National Automobile Dealers Association (NADA) Show in Dallas, Texas, on January 27, 2023.

The TIME Dealer of the Year award is one of the automobile industry’s most prestigious and highly coveted honors. The award recognizes the nation’s most successful auto dealers who also demonstrate a long-standing commitment to community service. Huff was chosen to represent the Greater Cleveland Automobile Dealers’ Association in the national competition – one of only 48 auto dealers nominated for the 54th annual award from more than 16,000 nationwide.

“After nearly 40 years in the retail automotive business, I find it rewarding to watch men and women of all ages grow in their careers and find a path to success in our industry,” nominee Huff said.

After 12th grade at Waterloo High School in Atwater, Ohio, Huff launched his career selling cars at a Chevrolet dealership in Stow, Ohio. After two years, he moved into a management position at Rick Case Honda in Akron, Ohio, and later became general manager of Blossom Motorcars, also in Akron.

“I started in the car business at 18 years old out of a need to feed my young family,” he said. “I instantly loved the business and the possibilities for personal and financial growth it afforded me.”

In 1992, Huff was named operating manager of the Fred Martin Motor Company in Norton/Barberton, where he brought fresh perspectives, built a strong management team and implemented creative marketing strategies. One such initiative is the Fred Martin’s Customer Happiness Guarantee, which offers 15-day returns or exchanges, lifetime limited powertrain warranty on used vehicles and three years of free oil changes.

“We rewrote the automobile marketing handbook in Northern Ohio,” he said.

Huff and his late brother, Duane, acquired the Fred Martin Superstore from the Martin family in 1999 and today, he also owns two other new-car dealerships, including Fred Martin Nissan in Green, Ohio, and Hyundai of Louisville in Louisville, Kentucky and two other used car dealerships. His three adult children are now the next generation to enter the family enterprise.

“Duane passed away in early 2018, a great loss to me both personally and professionally,” Huff has said. “With his passing comes a heightened passion for continued success of the businesses we have worked so hard to build.”

One group that has received generous support from Huff’s dealerships is the Humane Society of Summit County. For more than 25 years, his group has provided the food used by the facility in their effort to care for vulnerable animals. Fred Martin Superstore has also hosted multiple adoption events to find forever homes for pets in need.

In 2019, Huff began a partnership with Norton City Schools in Norton, Ohio, to support the “We Roar. Together” campaign by providing tee-shirts for students that bear the program’s logo.

“This program serves to bring awareness and provide education to address issues related to mental health, overall wellness and anti-bullying at all grade levels,” Huff said. “While there was a hiatus in 2020 due to the pandemic, we just signed up for our third year as the title sponsor.”

“It is a privilege and honor to give back to a community that has treated me and my employees so well,” Huff said.

Huff was nominated for the TIME Dealer of the Year award by Lou Vitantonio, president of the Greater Cleveland Automobile Dealers’ Association. He and his wife, Robin, have four children.