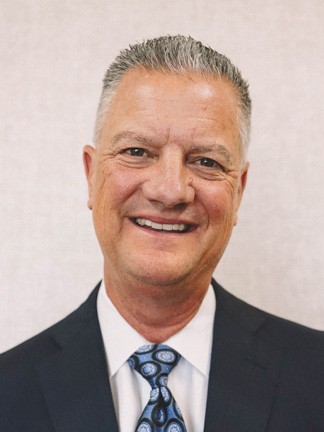 “My 38-year career has been a winding road with each stop preparing me for the role of dealer principal that I enjoy today. I could never have imagined when we moved to Tulsa 24 years ago, we would own multiple dealerships, work with family members as an integral part of our team and be so proud of the difference we’ve made for our employees and the Tulsa community.”

(New York, NY, October 18, 2022) – The nomination of Bill Knight, president of Bill Knight Ford in Tulsa, Oklahoma, for the 2023 TIME Dealer of the Year award was announced today by TIME.

Knight is one of a select group of 48 dealer nominees from across the country who will be honored at the 106th annual National Automobile Dealers Association (NADA) Show in Dallas, Texas, on January 27, 2023.

The TIME Dealer of the Year award is one of the automobile industry’s most prestigious and highly coveted honors. The award recognizes the nation’s most successful auto dealers who also demonstrate a long-standing commitment to community service. Knight was chosen to represent the Oklahoma Automobile Dealers Association in the national competition – one of only 48 auto dealers nominated for the 54th annual award from more than 16,000 nationwide.

“My 38-year career has been a winding road with each stop preparing me for the role of dealer principal that I enjoy today,” nominee Knight said. “I could never have imagined when we moved to Tulsa 24 years ago, we would own multiple dealerships, work with family members as an integral part of our team and be so proud of the difference we’ve made for our employees and the Tulsa community.”

Knight received a B.A. from Westminster College in New Wilmington, Pennsylvania, in 1984. After college, he secured a job at the Ford Motor Company and held various sales and marketing positions, which took him from Pittsburgh to Detroit to Denver.

“I started in owner relations and quickly learned how important vehicles are to people – and how emotional they can become about their cars,” he said. “When I rotated into sales and marketing, I saw the value of the dealer network, the role dealers play in their respective communities and the importance of the relationships between the dealer, the management staff and the company.”

All of these lessons would be invaluable when Knight moved into the retail side of the business in 1998 when he joined the Tulsa Auto Collection, a group of Ford-owned dealerships, as chief operating officer. After years of uprooting his family for his career, this new job would give him the opportunity to settle in one place, which was attractive to his young family.

In 2001, the group was sold to Penske Automotive Group, and Knight remained on the team as vice president, until buying his current dealerships in 2008 from Penske. Today, the Knight Automotive Group encompasses four dealerships in Tulsa and Stillwater, Oklahoma, representing brands Ford, Lincoln and Volvo, as well as five collision centers. Both his son and son-in-law are the next generation to enter the family enterprise.

“We started with 172 employees, 70 of which are still working with us today,” Knight said. “I appreciate that my team has trusted me with their careers. Many employees started with us in their teens and early 20s and now have families of their own and are wonderful members of the community. We now employ 325 people.”

“I am most proud of helping to transition our annual auto show from a dealer-owned for-profit event to a nonprofit organization that supports the association’s community giving,” he said. “Since we made this change in 2017, we have given back over $300,000 to worthy nonprofits and raised over $1 million for future giving.”

Knight has also used his leadership skills to champion many local causes. He launched a partnership with the Philbrook Museum of Art to provide Lincoln cars and drivers to transport vintners, who the museum brings to Tulsa for their signature fundraising event, the Philbrook Wine Experience.

“Since we partnered with Philbrook in 2010, we have helped them grow the event to more than 50 vintners from Napa and Sonoma counties,” he said. “The event this past spring raised more than $4 million for the museum and its community outreach.”

Knight has served on the advisory board for the Domestic Violence Intervention Services (DVIS) and helped lead the fundraising effort to build a new 90-plus bed shelter and 20-unit transitional living center, as well as a daycare area and kennels for pets, which was built in 2015.

“Through the efforts of the board, community and DVIS staff, we raised over $25 million and significantly increased the group’s ability to support the community,” he said.

Knight was nominated for the TIME Dealer of the Year award by the Officers of the Oklahoma Automobile Dealers Association. He and his wife, Rozann, have two children.