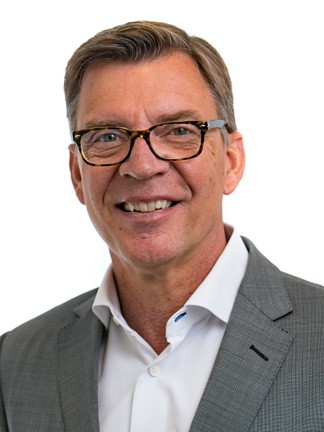 “The retail automotive industry has given me the ability to positively transform the cultural fabric of the communities we serve. It has afforded me the opportunity to give individuals a path to the American dream, particularly those that need a chance, or a second chance.”

(New York, NY, October 18, 2022) – The nomination of Bruce Daniels, dealer principal at Honda Marysville in Marysville, Ohio, for the 2023 TIME Dealer of the Year award was announced today by TIME.

Daniels is one of a select group of 48 dealer nominees from across the country who will be honored at the 106th annual National Automobile Dealers Association (NADA) Show in Dallas, Texas, on January 27, 2023.

The TIME Dealer of the Year award is one of the automobile industry’s most prestigious and highly coveted honors. The award recognizes the nation’s most successful auto dealers who also demonstrate a long-standing commitment to community service. Daniels was chosen to represent the Ohio Automobile Dealers Association in the national competition – one of only 48 auto dealers nominated for the 54th annual award from more than 16,000 nationwide.

“The retail automotive industry has given me the ability to positively transform the cultural fabric of the communities we serve,” nominee Daniels said. “It has afforded me the opportunity to give individuals a path to the American dream, particularly those that need a chance, or a second chance.”

Daniels’ automotive career began in the 1980s, when he secured a job delivering parts for Dev-Con Honda, a dealership in Cincinnati, Ohio. He eventually rose through the ranks in parts, service, sales and eventually was named general manager of Performance Honda and Toyota in Fairfield, Ohio. By 2005, Daniels was selected by American Honda for his first dealership, Honda Marysville.

“We built this store in an agricultural community and dove in on grassroots efforts to support the community,” he said. “We set expectations of what elite customer service looked like and everyone pitched in to meet those goals by helping the service team, personally waiting on customers and even making sure our car wash washed properly.”

Daniels oversaw jobs big and small, and the business significantly grew. He also invested in his team through training and support. “Honda Marysville started with 12 associates and today, we employ more than 200 and have positioned the store to be the eleventh largest volume Honda dealership in the country,” Daniels said.

“I attribute the bulk of our success to dedicated associates, loyal customers and the individuals that inspired and mentored me along the journey,” Daniels said. “Starting as a parts driver to now operating multiple dealerships, I found my pathway to achieving the American dream through our industry. I try to guide others and give them the opportunity to do the same.”

“I have worked closely engaging legislators to demonstrate the impact retail auto dealers make within the community,” he said. “My service across associations has led to insights into the effects of regulatory and legislative changes, as well as innovative approaches to resolve industry-wide issues.”

To support his community directly, Daniels created a pioneering nonprofit organization, IMPACT60 (i60), which was born from the idea that devoting 60 minutes a week to volunteerism can transform a community. The group provides resources to help eliminate food insecurity, provide housing and workforce opportunities to the homeless, and support mental wellness, cancer research and assistance, addiction and recovery services, and cultural initiatives.

“The nonprofit has contributed to over 170 different organizations throughout Central Ohio that support these causes, including those where our associates regularly volunteer their own time,” he said. “Between personal, dealership and IMPACT60 contributions, more than $2.5 million was donated to Central Ohio community organizations since the beginning of 2021.”

Daniels said, “Success in our company has led to success in the community, allowing us to revitalize people's lives through charitable work, renovation of blighted properties, and empowering people to live their best life.”

Daniels was nominated for the TIME Dealer of the Year award by Zach Doran, president of the Ohio Automobile Dealers Association. He and his wife, Shelby, have six children.