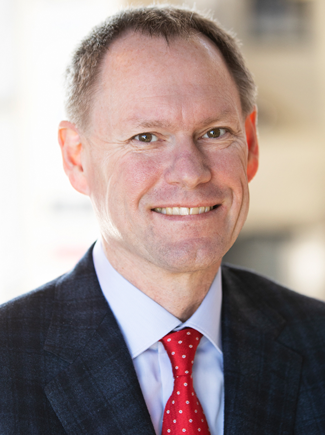 “The most rewarding part of my retail automotive career continues to be the impact our business makes in the lives of our team members. By running our businesses well, employees can achieve a level of professional satisfaction and income that is available in very few industries. I love seeing bright, hardworking people of all educational backgrounds join our team and achieve successes they never thought possible.”

A 1984 graduate of St. Louis University High in St. Louis, Missouri, Hemmersmeier earned a B.S. at Northwestern University in Evanston, Illinois, in 1988. It was after college, while he was waiting to enter law school, that his career path would dramatically shift.

“I started selling cars for my father-in-law’s Buick GMC dealership in North Salt Lake, Utah, in 1991 and never left." Hemmersmeier learned the business by working in several different departments and attending the NADA Academy before being named general manager of Jerry Seiner Chevrolet in 1997. By 2012, he acquired a majority ownership in the dealership group, which today encompasses eight new-car stores in Utah and Arizona, representing brands Buick, Chevrolet, Chrysler, Dodge, GMC, Jeep, Kia, Mazda and Ram.

As an active member of the New Car Dealers of Utah, Hemmersmeier has served the association in various leadership capacities, including president and vice president, and he currently chairs the legislative committee and is working on the upcoming Utah International Auto Expo.

On the civic and community fronts, Hemmersmeier is devoted to causes that further educational initiatives. “The most impactful part of my journey has been the education I was fortunate to receive. My parents sacrificed a lot to be able to send me to a really good high school, where I was surrounded by other students and teachers who challenged me to grow. That journey continued at college, where I was exposed to an even wider variety of learning opportunities.”

To that end, he has served on the boards of the Madeleine Choir School in Salt Lake City (board member since 2015); the College of Fine Arts at the University of Utah (current advisory board member); and Judge Memorial Catholic High School (past board member), all in Salt Lake City. During his service at these schools, his primary focus was on increasing financial positions and providing scholarships to families with financial hardships in his community.

“I believe most of our social problems can be improved through education, and I have spent a lot of my time and financial resources working with educational institutions.” He has also raised funds for Making Strides Against Breast Cancer and served on the Salt Lake County Board of Health.

Hemmersmeier was nominated for the TIME Dealer of the Year award by Craig A. Bickmore, executive director of the New Car Dealers of Utah. He and his wife, Sandy, have three children.