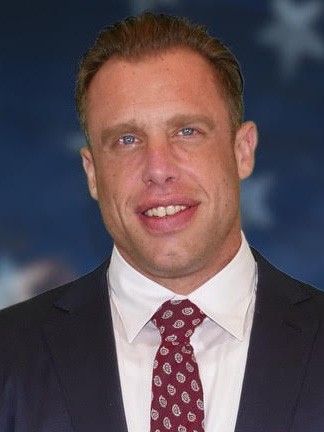 “The strength of our dealership is our employees. We have an incredibly loyal staff that does a fantastic job of taking care of our customers.”

(New York, NY, October 18, 2022) – The nomination of Chris Miller, president of Dutch Miller Kia in Barboursville, West Virginia, for the 2023 TIME Dealer of the Year award was announced today by TIME.

Miller is one of a select group of 48 dealer nominees from across the country who will be honored at the 106th annual National Automobile Dealers Association (NADA) Show in Dallas, Texas, on January 27, 2023.

The TIME Dealer of the Year award is one of the automobile industry’s most prestigious and highly coveted honors. The award recognizes the nation’s most successful auto dealers who also demonstrate a long-standing commitment to community service. Miller was chosen to represent the West Virginia Automobile Dealers Association in the national competition – one of only 48 auto dealers nominated for the 54th annual award from more than 16,000 nationwide.

“The strength of our dealership is our employees,” nominee Miller said. “We have an incredibly loyal staff that does a fantastic job of taking care of our customers.”

A 2002 graduate of Denison University in Granville, Ohio, where he majored in economics, Miller has never shied away from a challenge. In fact, when he was 10 years old, he told his father he wanted a $125 pair of Air Jordan tennis shoes. His father told him to get a job, so he did – delivering newspapers. “One paper route led to two, and I’ve literally been working ever since,” he said.

And that work ethic came in handy when he entered the auto business at age 15, detailing cars at Dutch Miller Chevrolet in Huntington, West Virginia, the dealership founded by his grandfather, H.D. Dutch Miller, and run by his dad, Matt Miller.

Miller worked in all departments, including sales, service F&I (Finance & Insurance) and used-car sales before he was named general manager of Dutch Miller Kia in Barboursville in 2008.

“One of the hardest and best experiences I’ve had in this business was managing that single-point Kia store during the economic downturn in 2008,” he said. “I had just acquired 25 percent ownership when the recession hit. I worked 14-hour days, learned the importance of funding and managing cash and earned a meager profit but received the education of a lifetime.”

Now, Miller is president of Dutch Miller Automotive and has helped the group grow to 12 dealerships in West Virginia, Virginia, Tennessee, North Carolina and Kansas. He also supports his industry through his membership in the West Virginia Automobile Dealers Association, where he served as chair, vice chair and secretary.

“Over the past 10 years, I have been heavily involved in advocating for improvements to our dealer franchise code,” he said.

Miller credits his parents for helping to shape his character by allowing him to make mistakes and grow from them. And they also taught him self-reliance through manual labor on their Swann Ridge Bison Farm. “We baled hay, built barbed-wires fence, cut trees and skinned them for fence-post corners and ran tractors, bulldozers and chainsaws,” he said.

As the star in a series of amusing and offbeat commercials for his dealerships, Miller has gained a lot of attention, but his greatest role is husband, father of three, business leader and community partner.

“Beyond commercials, I believe in word-of-mouth marketing through actions in a community,” he said. “We give back and we give back hard. Community service is an integral part of the culture at our dealerships.”

To that end, Miller has hosted holiday toy drives and trunk or treat Halloween events at his stores. Additionally they give hundreds of thousands a year to kids who participate in 4H who raise and auction livestock for college scholarships. Miller and his team buy the animals at the county fairs and donate them back to the 4H program or participants. The kids in turn keep the money for expenses and college. Miller has been an influential supporter of Marshall University in Huntington, where he has served on the school’s board of governors since 2019 and is currently the board’s secretary and athletic committee chair.

“During my time on the board of governors, we have secured former Intuit CEO Brad Smith as university president, hired a new athletic director and head football coach, designed and financed a new baseball stadium, and designed, planned and started construction on a new state-of-the-business school,” he said. “We have essentially restructured the university for the future of academia and the buzz in the community is palpable.”

Miller added, “At the end of the day, life is about people. And the most rewarding experiences in my automotive career have been centered around improving the lives of our employees, our customers and the people in our community.”

Miller was nominated for the TIME Dealer of the Year award by Jared Wyrick, president of the West Virginia Automobile Dealers Association. He and his wife, Cassie, have three children.