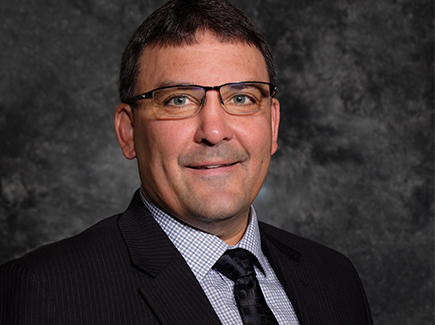 “The most rewarding aspect of my automotive career is the opportunity for our dealership to make such a positive impact on our community. I am so proud of our employees who always step up to help fellow employees or our community when there is a need.”

Kostelecky began his career in the car business at his family’s dealership, which was founded in 1923, where he worked during summer breaks. After he earned a BS in finance from Minnesota State University in Moorhead in 1990 and an MBA from Colorado’s University of Denver in 1993, he pursued a career in the finance industry until 2001.

“I had always enjoyed entrepreneurship and dreamed of running my own business,” he said. “My mother, Pamela, was the third-generation dealer at that time, and we decided this was a great opportunity to help make an impact on a business that meant a lot to me and our entire family and hopefully continue to carry on that legacy.”

Kostelecky worked as a sales consultant for a few years and helped create the dealership’s internet department. In 2004, he was named general manager and today he is the dealer, operator and vice president. His mother is an integral part of the company and serves as president.

“My academic and career experiences in finance and mathematics made it much easier for me to gain a strong understanding of the dealership financial statements and performance,” he said. “With our rich family history and commitment to our community and employees, we are eagerly anticipating our 100-year anniversary in 2023.”

A member of the board of the Automobile Dealers Association of North Dakota for eight years and chairman for one, Kostelecky is proud of the legislative advances the group accomplished that benefit dealers throughout the state.

“We were able to strengthen franchise laws, specifically on excess facility requirements and right to repair,” he said. “We were also able to pass legislation that benefited dealers in the areas of titling, damage disclosure and motor vehicle law changes, as well as help maintain our current Sunday restriction against vehicles sales, which satisfied more than 90 percent of our dealer body who wanted this law to remain unchanged.”

He has also taken a leadership role in helping the community and encourages his employees to participate as well. The most rewarding is his team’s involvement with AMEN Food Pantry, for which the showroom serves as a drop-off location for food and donations for two months. During that time, employees can wear jeans for each day they make a donation to the pantry and they can buy an extra vacation day with a food or cash contribution. In addition, Kostelecky offers up to a half day of paid leave for any team member who uses the time to volunteer at the pantry.

The dealership is also a collection point for the Salvation Army Coats for Kids campaign and hosts car seat safety checks as well as a Christmas tree decorating competition among Dickinson elementary schools that helps raise funds.

For his dealership’s ongoing support of the community, his dealership has received several awards from the Dickinson Community. “We have been fortunate to work with schools, charitable organizations, local veterans and first responders, food drives, city officials and agencies, and many other individuals and organizations and provide meaningful help and change by donating dollars, time and resources,” Kostelecky said. “I know it helps make our community a great place to live and raise families.”

Kostelecky was nominated for the TIME Dealer of the Year award by Matthew C. Larsgaard, president and CEO of the Automobile Dealers Association of North Dakota. He and his wife, Lisa, have two children, Anthony and Tyler.