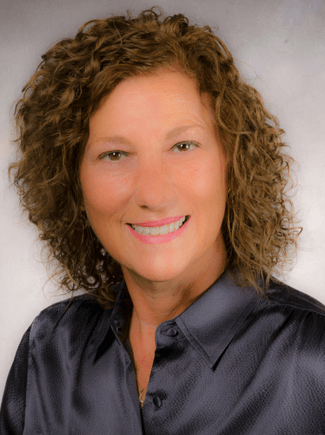 “At Marty’s, we have always strived to deliver an exceptional customer experience with the knowledge that if we do the ordinary things extraordinarily well, everything else just takes care of itself."

A 1987 graduate of Geneva College in Beaver Falls, Pennsylvania, Alicandro-Karnolt had always planned to forge her career at her father’s car dealership, Marty’s GMC. “Like many in a family business, I got involved at a very young age and learned from the ground up. As time evolved, I enjoyed learning every role there is at the store.”

Alicandro-Karnolt attended a dealer academy through General Motors Dealer after college and was named service manager in 1989, her first real leadership position. “At the time, the department was losing money, had very little direction, but was full of good, hardworking people. Within a short time, we returned it to profitability and it is now considered by many to be the best service department in the state.”

Her philosophy of recognizing each individual effort as an integral part of the dealership experience has helped her build a team that works together well and consistently strives for professional growth and customer satisfaction. She credits her father, Martin “Marty” Alicandro Jr., who passed away in 2015, with giving her the tools to build a successful enterprise.

“My father believed I could do anything. This gave me the confidence to be the person that I am both personally and professionally. And it was my father, along with my mother, who instilled in me a strong value system that has allowed me to surround myself with authentic people of the highest integrity.”

In early 2000, Alicandro-Karnolt purchased a majority of the business from her father and became dealer principal. She led a remodel and expansion of the facility and added Pontiac, Buick and Isuzu. In 2014, she oversaw another facility upgrade, and she added Chevrolet in 2016.

“As a female owner and advocate for women and minorities, and as a longtime top Buick GMC dealer in Massachusetts, succeeding and leading in a male-dominated industry has been rewarding.”

Her desire to better herself, her dealership and the industry as a whole has driven Alicandro-Karnolt to constantly learn, adapt and evolve, while meeting challenges head-on. She has put that philosophy to work for the Massachusetts State Automobile Dealers Association, working as car director, truck director and on the Right to Repair committee.

“I have long been the only female on these committees, so I consistently bring that unique perspective to the table. In addition, I worked with Massachusetts state representatives in 2012 to modify the Right to Repair law so it would have less of an impact on manufacturers and dealerships. I have resumed that work as a new initiative is on the ballot in 2020.”

Alicandro-Karnolt brings her can-do attitude when she is working on community projects as well and supports organizations that are in need of leadership and growth. To that end, she helped lead the capital campaign to raise money to build a new 17,000-square-foot facility for the Boys & Girls Club of Plymouth, Massachusetts.

In addition, she was a trustee of Beth Israel Deaconess Hospital-Plymouth for 15 years. “I joined the hospital board out of enthusiasm for women’s healthcare in our community. While on the board, I was able to establish a community advocacy program assessing patient care and needs.”

Alicandro-Karnolt is also committed to the organization To the Moon and Back, which is dedicated to children born with in utero substance exposure and their families. “Through my connections, we are able to obtain assistance from lobbyists to inform legislators of the group’s needs. In 2019 alone, with Martyʼs generous contributions, we supported 900 caregivers. With the opioid epidemic on the rise, I want to help this wonderful organization establish this support network in every state.”

Alicandro-Karnolt was nominated for the TIME Dealer of the Year award by Robert O'Koniewski, executive vice president of the Massachusetts State Automobile Dealers Association. She and her husband, Stephen Karnolt, have two children.