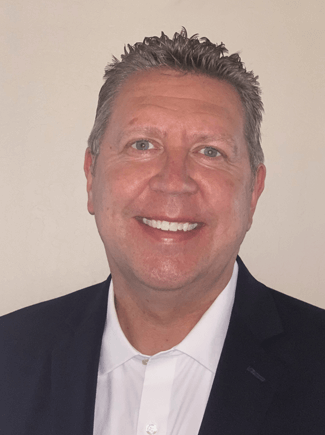 “There is nothing more rewarding than watching our employees succeed in their jobs. It's been an awesome feeling to hire people and watch them thrive and grow, and then be able to give them promotions with greater responsibility. It’s good for their careers and it helps our business to grow.”

Bierbach is a 1987 graduate of Fargo North High School in Fargo, North Dakota. He landed a job selling cars at Saturn of Fargo in 1993, which was the beginning of a long and successful association with the dealership’s owner, Dennis Lunde, and the Rydell Group.

After working as a salesperson for seven years, Bierbach was named F&I (Finance & Insurance) manager and, eventually, general manager in 2001. In 2003, Lunde moved to Peoria, Arizona, to open Saturn of West Phoenix, and Bierbach and his wife, Lisa, followed so Chuck could help run the dealerships as general manager.

When the Saturn brand was discontinued in 2009, Lunde opened a Volkswagen dealership with Bierbach at the helm once again. In 2013, Bierbach was given the opportunity through the Rydell Company to own his own dealership, so he and Lisa, moved to Elko and Chuck became dealer principal and owner of the Elko Motor Company.

“I had the tremendous opportunity to get my start working for Dennis Lunde, who was part of the Rydell Group. Because of his past leadership and mentoring, I attempt on a daily basis to live the vision of the Rydell Group: ‘To be so effective that we are able to be helpful to others.’”

Bierbach has built his business on a foundation of core values, including honesty and integrity, individual responsibility and accountability, highly valuing his employees and a dedication to excellence. This formula has resonated in his community as his dealership has been recognized multiple times in the Elko Daily Free Press Readers’ Choice awards, including as best auto dealer.

Another value that Bierbach holds dear is to be a good community citizen. To that end, his dealership has sponsored many events and has donated to various nonprofit organizations over the last seven years, including the Boys & Girls Clubs of Elko; Get Pink Elko County Breast Cancer Awareness; Horizon Hospice in Elko; Elko County 4-H; and local sports activities, rodeos and school programs.

This past August, his dealership participated in the Elko August Give Back event, during which $100 was donated to a local nonprofit for each car sold. “We donated a total of $13,900 to many worthy organizations in our community.”

He also supports Elko’s Take Pride: Clean Up Green Up event by providing use of a pickup, supplies and volunteers for this annual community beautification program, and he sponsors the Rides & Rods Classic Car Show in Elko.

Bierbach was nominated for the TIME Dealer of the Year award by Andrew MacKay, executive director of the Nevada Franchised Auto Dealers Association.