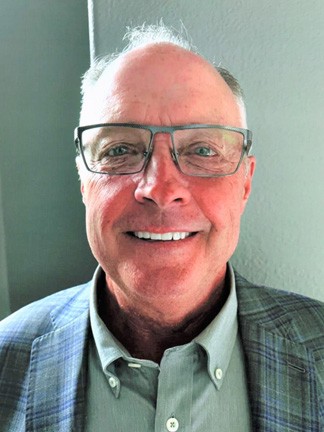 “The key to all of our success has been the incredible employees we have been fortunate enough to employ over the years. I have learned that it is important to treat people fairly, pay them well and provide excellent benefits to ensure happy, long-term employees who are the strength of our dealership.”

(New York, NY, October 18, 2022) – The nomination of Dan Deery, president of Dan Deery Toyota in Cedar Falls, Iowa, for the 2023 TIME Dealer of the Year award was announced today by TIME.

Deery is one of a select group of 48 dealer nominees from across the country who will be honored at the 106th annual National Automobile Dealers Association (NADA) Show in Dallas, Texas, on January 27, 2023.

The TIME Dealer of the Year award is one of the automobile industry’s most prestigious and highly coveted honors. The award recognizes the nation’s most successful auto dealers who also demonstrate a long-standing commitment to community service. Deery was chosen to represent the Iowa Automobile Dealers Association in the national competition – one of only 48 auto dealers nominated for the 54th annual award from more than 16,000 nationwide.

“The key to all of our success has been the incredible employees we have been fortunate enough to employ over the years,” nominee Deery said. “I have learned that it is important to treat people fairly, pay them well and provide excellent benefits to ensure happy, long-term employees who are the strength of our dealership.”

A 1979 graduate of Cedar Falls High School in Cedar Falls, Deery honed his management skills at the General Motors dealer school in preparation for a career at the Pontiac store owned by his father, John Deery Sr., also in Cedar Falls.

“I started working for my father's dealership at 13 years of age doing various jobs,” he said. “At 17, I began selling cars, and when I turned 21, I became the youngest dealer in General Motors history. It was necessary that I take over dealership operations at the Pontiac store when my father developed health issues.”

Deery credits his father and brother John with teaching him the ins and outs of the retail automotive business. He later added Chrysler and Toyota dealerships and partnered with John and his cousin Brad to grow the enterprise even more. Today, the three oversee 11 new-car dealerships in Iowa, representing brands BMW, Buick, Chevrolet, Chrysler, Dodge, Ford, Jeep, Nissan, Ram and Toyota.

And while his career was flourishing, so was his family. “During this same time, my wife of 37 years, Julie, and I had seven children we raised together, with Julie doing most of the raising,” Deery said. “All three of my boys, DJ, Dustin, and Dylan, have joined me in the management of my Toyota and Chrysler stores and increased the sales and profits to levels that I never imagined would be possible.”

A 42-year member of NADA and the Iowa Automobile Dealers Association, Deery is a staunch supporter of these organizations that address the issues and concerns facing dealers on a statewide and national level. He is also proud to be a founding member of the Iowa Automobile Dealers Association Foundation for Education, which provides scholarships and develops programs to promote automotive careers.

“I have witnessed the overall increase in awareness of the many rewarding career opportunities available in the automotive field through this foundation,” Deery said.

Over the last 40 years, the Deery family has been a major donor and fundraiser for the University of Northern Iowa Athletics. In addition, the Deerys have supported St. Patrick Catholic Church in Cedar Falls. “The Catholic church has always played a large part in my family and social life,” he said. “We have been active in promoting the church’s role in society through participation, fundraising and donations.”

Deery also contributes to Cedar Falls Schools to foster educational initiatives. “I have always
felt that the education of our youth is critical to the future success of our community,” he said. “Currently, Cedar Falls is building a new high school and I, along with my brother John, are making a major donation towards the new high school athletic facility.”

Deery was nominated for the TIME Dealer of the Year award by Bruce Anderson, president of the Iowa Automobile Dealers Association. He and his wife, Julie, have seven children.