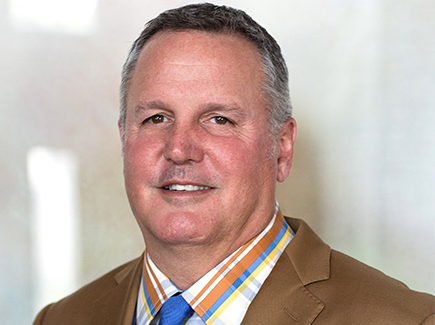 "I was 13 when I knew what I wanted to do for the rest of my life: be a car dealer. And I believe the best thing that the industry has brought to me is the flexibility to do the things that make a difference in so many lives."

After graduating from Northwood University in Midland, Michigan, in 1981 with a degree in automotive marketing, Roesch set out to achieve his dream at his father’s company, which grew from a single DeSoto store founded by his grandfather in 1923.

“I started out as a porter at age 14 doing all the dirty grunt work no one else would do,” he said. “Did not matter to me, as I was at the dealership around all the shiny cars. I later worked in the body shop, parts room, used vehicle reconditioning and went on to selling vehicles during the summer of my freshman year at college.”

Roesch worked side by side with his father and eventually became a car dealer. Today, he oversees Roesch Chrysler Dodge Jeep Ram and Roesch Ford in Bensenville, Illinois.

“My father and I were very close,” Roesch said. “He was always enthusiastic about charity events and helping others, and when he passed away in August of 2013, people waited an hour and a half to pay their respects. One man relayed a story of how my father gave him a car when he was homeless so he could get a job, and that he has been giving back ever since.”

He added, “My father believed that we are given the opportunity to make a difference in someone's life, so we do. It can be as small as a phone call or a monetary contribution in a person’s time of need. I am blessed to be in an industry that allows me to act upon the instinct that was ingrained in my upbringing.”

And Roesch has made a difference, particularly through his commitment to the Cystic Fibrosis Foundation. “At age 3, my son Dylan was diagnosed with the genetic disease cystic fibrosis,” he explained. “I was devastated and didn’t know what to do. I thought to myself, I am not a doctor but a really good car salesman, and I know many wealthy people and vendors. If I can get them all involved and raise a boatload of money, maybe the scientists can find a cure.”

He jumped into action and started Dylan’s Dream Team with the focus of providing funds for the Cystic Fibrosis Foundation in Chicago. “We started out with smaller events raising an average of $100,000 a year to running the largest Texas hold’em poker tournament in the state of Illinois with more than 800 people in attendance, raising $500,000 per event for 11 straight years,” Roesch said.

In addition, he lobbied in Washington for support of the charity and attended many national events. Today, Dylan, who is in his twenties, is benefitting greatly from a new drug that tricks one of his mutated genes into behaving normally. “My son went through so much as a young man,” he said. “The whole time he kept a great attitude, and we went on this journey together.”

Another charity that is close to Roesch’s heart is the Northeast DuPage Special Recreation Association (NEDSRA), which provides recreational support for children and adults with special needs in Addison, Illinois. “My father championed this organization throughout his life, and we continue to raise funds through the annual Larry Roesch/NEDSRA Golf Classic, now in its 28th year,” he said.

For his contributions to the betterment of the community, Roesch, along with his business partner, Paul Koch, received the 2018 Good Works Award from the Elmhurst Chamber of Commerce and Industry. In addition, Roesch supports the Elmhurst Lions Club; Kiwanis Club of Elmhurst; Elmhurst College; York High School in Elmhurst; IC Catholic Prep in Elmhurst (Roesch’s high school alma mater), among many other local organizations.

“Our job allows us the autonomy to set our own schedule and pull together so many people and vendors to support the causes that we choose,” Roesch said. “The gift of time to support others is a huge reward and no mantle is big enough to support that trophy.”

Roesch was nominated for the TIME Dealer of the Year award by Pete Sander, president of the Illinois Automobile Dealers Association. Dan is married to his wife Amy, and has four children.