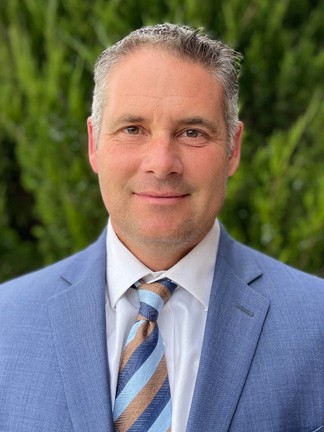 “Throughout my retail automotive career, I have greatly enjoyed interacting with people. To see my family and employees succeed and grow is very rewarding. To make an impact on our community makes me feel that life is good. And to watch car dealers in our state get together and help each other out in times of need is pretty amazing.”

(New York, NY, October 18, 2022) – The nomination of Danny Labrum, president of Labrum Chevrolet Buick Inc. in Heber City, Utah, for the 2023 TIME Dealer of the Year award was announced today by TIME.

Labrum is one of a select group of 48 dealer nominees from across the country who will be honored at the 106th annual National Automobile Dealers Association (NADA) Show in Dallas, Texas, on January 27, 2023.

The TIME Dealer of the Year award is one of the automobile industry’s most prestigious and highly coveted honors. The award recognizes the nation’s most successful auto dealers who also demonstrate a long-standing commitment to community service. Labrum was chosen to represent the New Car Dealers of Utah in the national competition – one of only 48 auto dealers nominated for the 54th annual award from more than 16,000 nationwide.

“Throughout my retail automotive career, I have greatly enjoyed interacting with people,” nominee Labrum said. “To see my family and employees succeed and grow is very rewarding. To make an impact on our community makes me feel that life is good. And to watch car dealers in our state get together and help each other out in times of need is pretty amazing.”

Labrum earned a B.S. at the University of Utah in Salt Lake City in 1996, where he studied biology and chemistry. He moved to Arizona after college with a plan to attend medical school, but his career took a different path when he started a job at Covey Lincoln Mercury, a Phoenix dealership owned by his stepfather.

From 1996 to 2001, Labrum worked his way through every department, starting as a lot technician washing cars and moving to parts, service, sales and eventually controller. He graduated from the NADA Academy in 1998 and when the dealership was sold in 2001, Labrum set out to buy his own dealership.

“After realizing that my dreams of becoming a medical doctor were not going to happen, I refocused all of my energy on becoming a new-car dealer,” Labrum said. “I started cold calling dealers in Utah and asking if they were for sale. I was only 26 at this time so most dealers thought I was crazy.”

At age 28, he founded Labrum Chevrolet Pontiac Buick. “The dealership had an apartment above the showroom, so with my wife, Rachel, and 2-year-old daughter, we lived upstairs to try to save money and to allow me to put all my time and energy into turning around the dealership,” Labrum said. “After living there for more than two years and with another daughter on the way, my wife found us a house.”

In 2009, he purchased the dealership across the street and added Labrum Ford to his portfolio. Today, his wife, two daughters Savannah and Kenadee and son in law Jacksen Bennion are all an integral part to the management of his family business.

“Looking back, I feel extremely lucky to have accomplished my goal of owning a dealership, and I am grateful for the many sources of help that got me where I am today,” Labrum said.

An active member of the New Car Dealers of Utah, Labrum has served as president, immediate past president and is currently a board member for the group’s health insurance trust. He also helped guide the association during the darkest days of the pandemic.

“I served as president during that crazy time,” he said. “I was amazed at how well the dealers joined forces and worked together to make it through this crisis. We would have weekly Zoom calls with our executive director and about 10 dealers to talk through all sorts of issues. We must have done a good job as the board decided to vote me in for a second term as president, which had not happened for 60 years.”

Labrum also serves his community and contributes to programs that guide and support students. He is a board member for the Wasatch Education Foundation, which works to improve educational outcomes in his area school district, and is a director for Invest Nest, a program from the Wasatch Center for Advanced Professional Studies (CAPS) that encourages entrepreneurship by providing funds to high school students for business startups.

One initiative that he feels positively impacts his community is the Cool2Care (C2C) program he developed 13 years ago with the principal of Wasatch High School. The annual car giveaway encourages kindness and academic excellence among students.

“Teachers have C2C cards and when they see a student doing something nice for someone else or going the extra mile in class, they give that student a card,” he explained. “The student then puts the card in a box in the office and at the end of the year, 30 kids [with a GPA above 2.0] are randomly selected to come on stage and pick a key to a car that I donate. One lucky student’s key starts the car.”

The program has been so successful, it was expanded to include Cool Teachers Care, a platform that rewards one outstanding teacher from the Wasatch County School District with a car, free gas and insurance for one year.

“I am proud to be part of these programs that foster positive attitudes and behavior at school – and reward and recognize teacher excellence,” Labrum said. “Making an impact in our community is extremely rewarding.”

Labrum was nominated for the TIME Dealer of the Year award by Craig Bickmore, executive director of the New Car Dealers of Utah. He and his wife, Rachel, have three children.