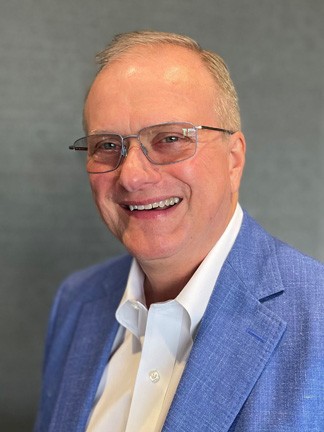 “The automobile industry is an intriguing one, always changing and never dull. Much like the car business itself, I find myself driven by the needs and desires of the customers and excited about where the road ahead will lead.”

(New York, NY, October 18, 2022) – The nomination of David Buerkle, dealer principal at Buerkle Hyundai in White Bear Lake, Minnesota, for the 2023 TIME Dealer of the Year award was announced today by TIME.

Buerkle is one of a select group of 48 dealer nominees from across the country who will be honored at the 106th annual National Automobile Dealers Association (NADA) Show in Dallas, Texas, on January 27, 2023.

The TIME Dealer of the Year award is one of the automobile industry’s most prestigious and highly coveted honors. The award recognizes the nation’s most successful auto dealers who also demonstrate a long-standing commitment to community service. Buerkle was chosen to represent the Minnesota Automobile Dealers Association in the national competition – one of only 48 auto dealers nominated for the 54th annual award from more than 16,000 nationwide.

“The automobile industry is an intriguing one, always changing and never dull,” nominee Buerkle said. “Much like the car business itself, I find myself driven by the needs and desires of the customers and excited about where the road ahead will lead.”

A 1979 graduate of Metropolitan State University in Saint Paul, Minnesota, where he earned a B.S. degree, Buerkle knew he wanted to forge his career at the family dealership run by his father, William W. Buerkle, which was originally founded in 1953 as Buerkle Buick.

“I was introduced to the business at age 10 and asked to perform general tasks and small errands to familiarize myself with the workings of the dealership,” he said. “My father strongly believed it would be to my benefit to start at the bottom and work my way upward as my abilities and my judgement matured.”

After college, he managed the leasing department and when his father opened Buerkle Acura in Minneapolis in 1986, Buerkle was given the opportunity to manage the dealership independently. Since 2001, upon his father’s passing, Buerkle and his sister, Mary Buerkle Grant, run the automotive group, which now includes Hyundai, Acura and Honda stores.

“Mary and I have co-owned and operated our dealerships in the same way that we were taught by our father,” Buerkle said. “We value our customers and our employees as family, and we feel grateful for the longevity over which these relationships have developed. We take genuine pride in the products and services we provide and feel privileged to do business in the communities we serve.”

“It becomes necessary to resist the temptation to lean into what might benefit my own business and try to find long-term solutions with a goal of positive impact for everyone,” he said.

In the area of community service, his dealerships have participated in the Hyundai Hope on Wheels program, which raises funds to fight childhood cancer; Second Harvest Heartland; and CEAP (Community Emergency Assistance Program). Buerkle and his wife support the Union Gospel Mission Twin Cities and several outreach ministries associated with their local church, as well as the Freshwater Society, a group dedicated to preserving freshwater resources and their surrounding watersheds.

“Employees will often ask Mary and I to contribute to a cause or activity that is important to them or to their family,” he said. “We find it very rewarding to partner with them in supporting the causes that they find personally significant.”

Buerkle added, “I feel blessed to have had over 50 years working side by side with some exceptionally great people, especially my sister, in a business that I love. I am equally fortunate to have loyal customers who continue to rely on us for their auto needs. My family worked hard to earn this trust, to build these relationships, so I value them beyond measure.”

Buerkle was nominated for the TIME Dealer of the Year award by Scott Lambert, president of the Minnesota Automobile Dealers Association. Dave and his wife, Sandra, have four children. Three of whom are intent on continuing the Buerkle tradition and work at the White Bear Lake dealership. The other resides in the Madison area where she enjoys working for the University of Wisconsin in the Department of Education Administration.