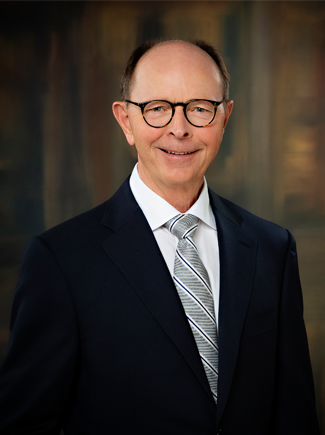 “By treating other people well, I've had the support of a wonderful group of employees and business associates over the years. That has made all the difference and has created all the successes that we've enjoyed.”

A 1970 graduate of Ripon High School in Ripon, Wisconsin, Conant moved to California right after high school and landed a job as a technician trainee at a Chevrolet dealership in Van Nuys.

“I grew up around mini-bikes and motorcycles as a kid and always had an enthusiasm for cars." In 1983, he was offered a trial sales position at Norm Reeves Honda in Cerritos, an opportunity that would change the trajectory of his career.

“I have since worked most every job in a dealership and eventually, I worked my way into a buy-in, buy-out opportunity at the Honda store in Cerritos. Since becoming part of that dealership, we've made it the number-one Honda dealership in the world – a title which we've held 26 times in the last 28 years. Along with that success, we've added many additional dealerships to the group.”

“A lot of hard work, but more importantly, working well with other people and creating opportunities for everyone around me, has led to our remarkable growth.”

“Although my dealerships have typically been high-volume metro stores, I have always tried to be the voice of the smaller dealer – to represent the interests of every dealer member, not just the big guys. Promoting this thought process has often influenced the decisions of other board members. I know that others have come to see me as a man of integrity and consistency, and I am confident that I have added value to every board I have served upon.”

In the area of philanthropy, Conant and his wife, Cassie, have worked to further the cause of education in his community. “We brought parents together 25 years ago to form education foundations within our public-school system, and we have served on those boards. Over the years, the funds we donated and raised allowed the schools to hire teacher’s assistants in the elementary schools, as well as support science programs, computer labs, wood shop, libraries, field trips and provide college scholarships for those in need.”

His dealerships also contribute to the betterment of their respective communities. Since 1995, employees may elect to give up to $5 per pay period, which is matched by the individual dealership, to an employee-controlled charity fund. Employees vote on the groups they want to support, which have included American Red Cross Long Beach Chapter; ASPCA; Boys & Girls Clubs of Long Beach; Make-A-Wish; Special Olympics Southern California; Los Angeles Ronald McDonald House; among others.

“To date, disbursements from our employee charity fund exceed $2 million. By bringing our people together, the impact of their charitable giving has been felt by many local causes and the satisfaction and pride our employees have enjoyed is priceless. Helping my team find this joy has been the most rewarding part of my career.”

Conant was nominated for the TIME Dealer of the Year award by Brian Maas, president of the California New Car Dealers Association. He and his wife, Cassie, have four children.