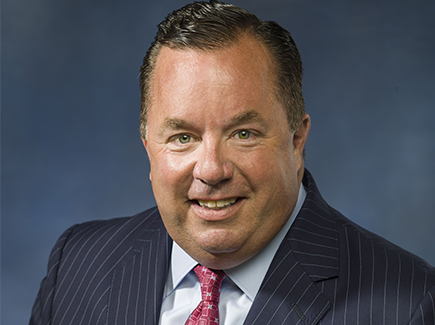 “My lifetime of philanthropy made possible by my career as an auto dealer has come with so many rewards. The more I affected our community positively, the better I do in business. The joy of helping others – and the karma return on investment – is the great award of my lifetime.”

After graduating from the University of Pennsylvania in Philadelphia with a degree in political science in 1990, Kelleher was on his way to law school when his life took a different turn. “I needed a job to earn the money to continue my education and read an ad in the paper stating I could make $50,000 a year selling cars,” he said. “I got the job and in the first year, I made more than my friends from Wharton working on the Stock Exchange. So I became a car guy.”

Kelleher worked in a few dealerships in Pennsylvania and New Jersey before buying into a struggling store in Havertown, Pennsylvania. He turned it around, sold his investment and purchased his present dealership in 2005 with the help of Chrysler. “The store, Raymond Dodge, was selling 46 cars per month,” he said. “My daughter was one month old, and I was less than broke. But our first month in business, we sold 126 cars, and in three years, I was able to pay back Chrysler.”

And Kelleher realized the importance of giving back to his community early on. Not long after he opened in 2005, he was approached by a client and asked to donate a car for a raffle to help a local Catholic school that was about to close. “A 9-year-old boy named Tommy, who attended the school and had cystic fibrosis, had asked Make-A-Wish to save his school,” he explained. “When told that wasn’t possible, he asked to fly to Rome, meet the Pope and ask him to save his school. The story was so compelling, without an ounce of fiscal sense, I pledged a car.” Through fundraising efforts, the school, St. Cyril of Alexandria School in East Lansdowne, remained open for six more years.

“Tommy has remained healthy, graduated and bought his first car from me a couple of years ago,” Kelleher said. “And his parents had been clients since the donation. Good karma has always been my reward.”

Kelleher is equally committed to CityTeam Chester, a nondenominational Christian nonprofit that helps people living in poverty in Chester, Pennsylvania, and the Greater Delaware Valley. He provided new coats to the group through Driving Away the Cold, a program initiated by the Auto Dealers CARing for Kids Foundation, which is the philanthropic arm of the Auto Dealers Association of Greater Philadelphia and the Philadelphia Auto Show.

“My dealership is just 12 miles from Chester, but the proximity socially is a million miles,” he said. “I was so moved by the CityTeam volunteers, the people and most of all, by the children, that I found myself committed to also aid in Thanksgiving meals and participating in their Adopt a Child Christmas gift program.”

He added, “To date, we have distributed 3,454 brand new coats to kids for winter. I’ve provided 4,008 jars of apple sauce, 2,508 boxes of cake mix and 3,283 bags of stuffing for families struggling to have a Thanksgiving dinner. And through the Adopt a Child program, we have provided presents for Christmas morning to 3,180 kids.”

Kelleher is also active in the Auto Dealers Association of Greater Philadelphia, having served as the group’s president 2017 and 2018. He was the driving force behind the group’s More Than Auto Dealers campaign and the creation of an advisory council on employment.

“For me, being a car dealer and positively affecting my clients, my staff, the industry and the community is the best job in the world,” he said.

Kelleher was nominated for the TIME Dealer of the Year award by John Devlin, president of the Pennsylvania Automotive Association. He and his wife, Marlo, have two children.