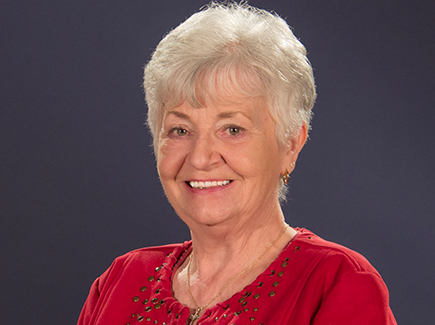 “My ability to learn and grow into a leadership position in a male-dominated industry has been challenging and rewarding. One of the highlights has been developing relationships with thousands of employees, customers and stakeholders throughout my 53-year career.”

A 1966 graduate of Cathedral High School in Helena, Montana, Pfeiffer was first introduced to the retail automotive industry during high school when she was hired at Placer Motors in Helena and trained as a bookkeeper using General Motors standardized accounting. After marrying and having her first child, the young family moved to Anchorage in 1969 to be near Pfeiffer’s father, who had been transferred there by the United States Postal Service.

“They had just discovered oil on the North Slope of Alaska at Prudhoe Bay, and my dad convinced us to relocate, telling us Alaska is a great place with many opportunities for young people,” she said.

Pfeiffer’s husband, Paul, took a position at a car dealership, and after she had her second child, Pfeiffer was fortunate to find an opening at a General Motors dealership that needed a bookkeeper. That was 1969 and she has been with Alaska Sales & Service ever since.

“My career took off,” she said. Pfeiffer worked in many different jobs at the company and was named general manager in 1995. Today, she and her son Shaun own the Anchorage store and Alaska Sales & Service-Valley, a Buick and GMC dealership in Palmer, Alaska. Her other son Kevin and daughter, Vikki Wicks, are also part of the family enterprise.

A member of the Alaska Automobile Dealers Association for 25 years and a board member for 23, Pfeiffer is a strong advocate for her industry. “We worked closely with legislators in Juneau to draft and pass the first automobile dealer franchise law in Alaska in 2003,” she said. “We continue to meet with lawmakers and have developed a strong and united voice to ensure franchise laws remain current and beneficial to dealers.”

In the area of community service, Pfeiffer supports many local organizations and helps people in need in different ways. Her dealerships have partnered with the United Way of Anchorage for 51 years. “We match our employee contributions to the United Way, which in turn funds a network of local agency partners committed to achieving health, education and financial stability goals for our community,” she said.

For the last six years, Alaska Sales & Service has donated a new vehicle to the organization for its popular Drive Change sweepstakes. The event is hosted in the Anchorage showroom and the winner is chosen in dramatic fashion, as five randomly selected finalists and a wildcard finalist each sit in a car and start their engines. The one car that turns on is won by the driver.

“This huge event has been televised annually by local TV stations and has significantly increased donations to the United Way of Anchorage,” Pfeiffer said. “More than $1.5 million has been contributed by our employees and our corporate match to this wonderful organization.”

Pfeiffer was nominated for the TIME Dealer of the Year award by Steve Allwine, NADA director for the Alaska Automobile Dealers Association. She and her husband, Paul, have three children.