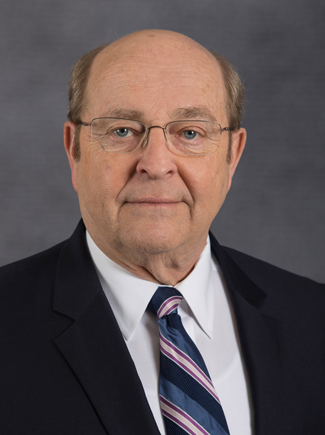 “The auto business is great, but it is purely due to a terrific group of employees and managers that have made our operation a smooth-running machine. My most rewarding experience over the last 41 years in the industry is building so many special relationships – with our great and loyal customers, our invaluable employees and the outstanding people associated with our local community.”

A 1968 graduate of Luther College in Decorah, Iowa, Davidson earned a B.S. in accounting and economics and became a CPA in 1972. He was as an accountant in Chicago when he decided to join his father-in-law, Don Sears, at his namesake dealership in Minnetonka in 1979.

“We had four franchises at the time – Mercedes-Benz, BMW, Peugeot and Rolls-Royce – so I learned the business from a broad perspective as I worked with an even broader customer base."

A natural organizer, Davidson was named director of operations within a year of joining the dealership. He strove for high efficiencies through computerization and introduced new job functions to the company. “Often, we would fill positions from outside the industry, a practice that was nearly unheard of at the time."

Davidson rose through the ranks and became a part owner in the company, which today he shares with four other family members. By 2008, the dealership pared its franchises and focused solely on Mercedes-Benz.

“I oversaw the remodel of our dealership twice, built an off-site body shop, acquired adjacent property and continued to expand our staff as sales increased. Most importantly, we never lost sight of our customer base, and now we are serving our fourth generation of customers, a unique claim in our marketplace.”

In the early 2000s, Davidson served on the board of the Greater Metropolitan Automobile Dealers Association of Minnesota, which covers the Minneapolis/St. Paul metro area and runs the Twin Cities Auto Show.

“It was a great opportunity for me to meet and work with some of our best dealers and develop relationships that have lasted to this day." He was also asked to participate in a regional advisory board for BMW, representing Minnesota, Wisconsin, Iowa and the Dakotas, as well as serve on the car company’s mediation board.

In the area of community service, Sears Imported Autos not only provides financial support to local organizations but also hosts events in its impressive showroom. The Greater Wayzata Area Chamber of Commerce presented Home for the Holidays and Business After Hours at the dealership, which generated donations to Toys for Tots. A Drive Out Hunger fundraiser in support of Interfaith Outreach encouraged guests to bring canned goods for the group’s food drive.

Davidson has also worked with PACER Center, which started in Minneapolis, for more than 30 years. This group educates and aids families of children and youth with disabilities. “I have chaired the corporate sponsor committee for the last 20 years, and we have raised more than $1 million for each of the last three years, even this year despite the pandemic."

Other groups he supports include the Minneapolis Jewish Federation; Children’s Hospital Association (funds programs for Children’s Minnesota); Torah Academy; Hope Chest for Breast Cancer; Tubman (provides services for victims of domestic violence); Boys & Girls Clubs of the Twin Cities; and the Bengali Association of Minnesota, to name a few.

“Several years ago, we assigned an employee to work full-time with our community and civic organizations, coordinating our efforts. This change has not only increased our visibility but also lead to greater involvement with our community partners.”

Davidson was nominated for the TIME Dealer of the Year award by Scott Lambert, president of the Minnesota Automobile Dealers Association. He and his wife of 50 years, Joanne, have two children.