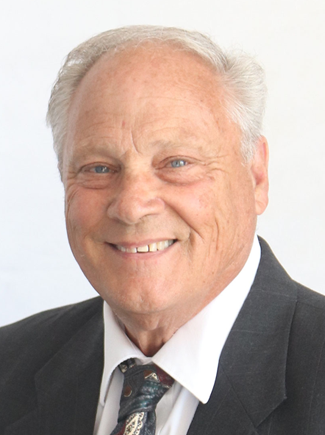 “I have been very fortunate to have met so many good people – friends, colleagues, business associates, employees, customers and vendors – throughout my career. The greatest reward is to have built a company from the ground up into the successful business it is today. It hasn't always been easy; there have been bumps, curves and hills to climb, but looking back on 30 years, the road has been pretty good.”

A 1964 graduate of Louisville High School in Louisville, Nebraska, Larson attended Cal Poly (California Polytechnic State University) in San Luis Obispo, California, and served in the United States Army during the Vietnam War. He began his career at Berner Chevrolet in Louisville as a lube technician after graduating from high school and would return to the dealership after his service in the army, rising to service manager.

Larson moved to Omaha, Nebraska, in 1977 for more opportunities in the retail automotive business, working at H&H Chevrolet as assistant service manager. In 1981, he became service director at Beardmore Chevrolet in Bellevue, Nebraska, a move that would lead to his ultimate goal of owning his own store.

“Maurice Beardmore sponsored and helped me start my dealership in Nebraska City in 1985. Having the guidance and support of a mentor and my family, along with hard work, dedication, leadership and a great team, I am now able to pass along the business to the next generation.” His son, Lars, is general manager and partial owner of Larson Motors Inc.

A committed member of his industry, Larson has served as district director for the Nebraska New Car & Truck Dealers Association since 1999. He has also lent his expertise to the Ford Dealers Advertising Fund for the Midwest region for 13 years, twice leading the group as chair.

Since 1980, Larson has been a board member for the Nebraska City Area Economic Development Corporation. “This board has been vital in bringing new businesses to our community and providing opportunities for future entrepreneurs." He has also worked to improve his area by serving on the Nebraska City Dock Board and is a member of the Nebraska City Chamber of Commerce, as well as a financial supporter of numerous local and community projects.

Larson was nominated for the TIME Dealer of the Year award by Loy Todd, president and general counsel of the Nebraska New Car & Truck Dealers Association. He and his wife, Lynda, have two children.