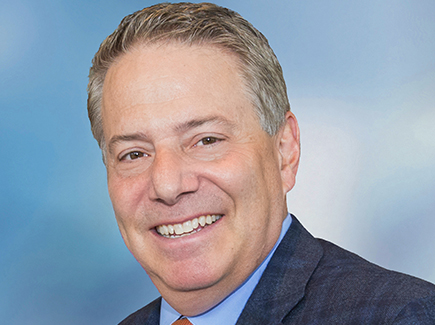 “I have had the unique opportunity to change lives. So many hopeful employees have found their home at the Keyes Automotive Group. I recognize their hard work and I am happy to give them the opportunity to grow and achieve their dreams.”

Tenenbaum’s own drive was clearly evident when he attended the University of Colorado Boulder and launched a successful career in the retail automotive business. He started working at Country Ford in Denver in 1979 during a gap year between high school and college. While he was a student soon after, he found a way to source cars to sell on the college campus.

“By focusing on the Subaru 4-wheel drive wagon and the Datsun 510s, I was able to sell from 20 to 25 cars a month from my fraternity house by recruiting fellow students to be my sales team,” he said.

After that successful venture, Tenenbaum was recruited to work for Leo Payne Imports in Colorado, transitioning into full-time sales. From there, he moved to management positions in several other dealerships and businesses before joining Keyes Automotive Group in Van Nuys as vice president in 1994. The group encompasses 12 dealerships in the greater Los Angeles area, representing brands Audi, Chevrolet, Honda, Hyundai, Lexus, Mercedes-Benz, Porsche and Toyota.

“My passion for cars and genuine love of engaging with and inspiring people intersect in this business, which has been hugely rewarding,” Tenenbaum said. “And I still like to go out onto the sales floor and make a deal.”

Tenenbaum also advocates for dealers in his area through the Greater Los Angeles New Car Dealers Association (GLANCDA), where he has served as vice president since 2004 and president in 2010 and 2011.

“When I was president of GLANCDA, I led the initiative for the elimination of the City of Los Angeles gross receipts tax on the sale or lease of a vehicle,” he said. “The savings to local dealers has been in the millions and it was instrumental in leveling the playing field with dealers that conducted business outside of the city. We are now working tirelessly to establish the removal of this tax on a permanent basis.”

In the area of community service, Tenenbaum was instrumental in creating a gift-matching program at his dealerships that leverage employee donations by matching up to $1,000 to the nonprofit that an employee supports. He is also proud of the annual toy drive that has been held at Keyes dealerships for 20 years. “We have distributed more than 250,000 toys to the underserved children of Los Angeles,” he said.

In an effort to address the homeless crisis in Los Angeles, Keyes Automotive Group is a longtime champion of Hope of the Valley Rescue Mission. “We have increased our support of this organization, which has grown to meet the needs of the current crisis,” Tenenbaum said. “We sponsor the group’s Drumstick Dash on Thanksgiving that raises awareness and much-needed funds for the homeless, and also affords our employees the opportunity to participate in our community efforts.”

A majority of his company’s charitable giving is focused on children and education. Under his leadership, the dealership group supports most of the local schools and has had a long relationship with the Boys & Girls Club of the West Valley (Canoga Park, California); North Valley Family YMCA (North Ridge, California); The Help Group (offers a wide variety of programs that serve children, adolescents and young adults with special needs and emotional challenges in six Los Angeles locations) and LA’s Best (afterschool enrichment programs).

Another initiative he supports is Operation Thank You to benefit the Bob Hope USO. During Military Appreciation Month each May, a percentage of the sales generated at the dealerships is donated to the organization. “We are on track to reach a million dollars in donations by 2023,” Tenenbaum said.

He currently chairs the board of the Geffen Playhouse in Los Angeles and has served in leadership roles for The Help Group and Viewpoint School in Calabasas, California. “The bulk of our charitable giving is one of direct engagement,” Tenenbaum said. “I share my time and my staff’s time and knowledge with many nonprofit organizations.”

Tenenbaum was nominated for the TIME Dealer of the Year award by Bob Smith, executive director of the Greater Los Angeles New Car Dealers Association. He and his wife, Jodi, have four children.