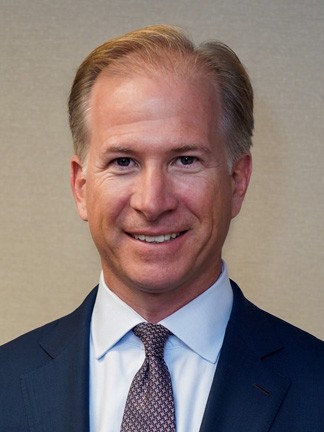 “My father and grandfather worked hard to establish our reputation in our market, and I am committed to carrying on that legacy by investing in our employees, our facilities and our communities.”

Weidinger is one of a select group of 48 dealer nominees from across the country who will be honored at the 106th annual National Automobile Dealers Association (NADA) Show in Dallas, Texas, on January 27, 2023.

The TIME Dealer of the Year award is one of the automobile industry’s most prestigious and highly coveted honors. The award recognizes the nation’s most successful auto dealers who also demonstrate a long-standing commitment to community service. Weidinger was chosen to represent the Greater New York Automobile Dealers Association in the national competition – one of only 48 auto dealers nominated for the 54th annual award from more than 16,000 nationwide.

“My father and grandfather worked hard to establish our reputation in our market, and I am committed to carrying on that legacy by investing in our employees, our facilities and our communities,” nominee Weidinger said.

A 1994 graduate of Lehigh University in Bethlehem, Pennsylvania, where he earned a B.S. in finance, Weidinger received his M.B.A. from Columbia University in New York, New York, in 2004. He also studied automotive management at the NADA Academy to prepare to oversee his family’s auto group.

“I grew up going to the Jaguar dealership with my dad since about the age of 8 and worked in parts and service during summers while in school,” he said, noting that his family has been selling luxury vehicles on Long Island since 1938. “After one year at a Wall Street firm, I joined the dealership full-time in 1996 at age 24.”

At the time, Weidinger Automotive Group had three dealerships, including Jaguar, Cadillac and Infiniti. When the company added a second Jaguar store in 1999, Weidinger was the first employee.

“I learned how to manage the business, collaborate with the team and saw a lot of ups and downs while managing this new venture,” he said. In 2002, the group sold Infiniti, took on Hummer and built a new Cadillac Hummer store, and Weidinger was named dealer principal of both locations in 2008.

Weidinger added Buick and GMC in 2010 and in 2017, he was appointed a Land Rover franchise. Today, he oversees North Bay Cadillac and North Bay Buick GMC in Great Neck and Jaguar Land Rover Freeport in Freeport, New York.

“While growing up in the dealership I worked hard to earn the respect of my co-workers, some of whom are still working for us today,” he said. “As the strongest guide in my life, my father taught me the value of caring deeply for the well-being and success of our dealership employees.”

With such deep roots in the retail automotive industry on Long Island, Weidinger has served on the board of the Greater New York Automobile Dealers Association since 2014 and is currently vice chair of the executive board.

“I play a part in helping steer the association's legislative priorities and financial stability, and serve as an ambassador and advocate for all dealers in the state,” he said. “I also host legislative events at my dealership and represent the dealer body at legislator meetings in Albany and Washington, D.C.”

He is equally committed to his community and has served on the board of the Glen Cove Boys & Girls Club at Lincoln House for six years. Since 1903, this leading advocate for youth has provided essential after-school services and a safe and nurturing environment for 6- to 18-year-olds in Glen Cove, New York.

“Our dealership staff volunteers every year to create Thanksgiving baskets, prepare meals and collect food for the organization’s Thanksgiving dinner and basket giveaway, which helps families in need during the holiday,” Weidinger said.

His team is also a leading contributor to the Greater New York Automobile Dealers Association’s annual winter coat drive to purchase new coats from Operation Warm, a national nonprofit that manufactures brand-new, high-quality coats and shoes for children in need.

“Over the 10 years our customers and staff have participated, we have heavily contributed to the 80,000 coats that have been collected and donated,” he said. “We work with five local charities and religious groups to distribute the coats we collect throughout Nassau and Suffolk counties.”

Weidinger added, “As a third-generation dealer, the keys to running a successful business and continuing our family tradition have been ingrained in me. Our team prides itself on being honest, respectful, and attentive to the needs of everyone who comes through our dealerships and we treat everyone the way we want to be treated.”

Weidinger was nominated for the TIME Dealer of the Year award by Mark Schienberg, president of the Greater New York Automobile Dealers Association. Weidinger and his wife, Julia, have three children.