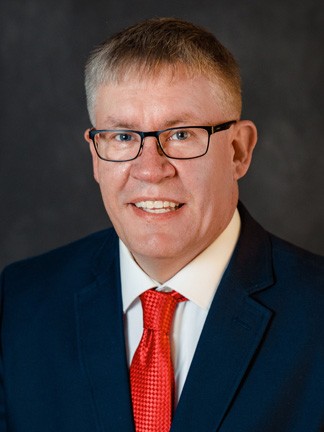 “We are a customer- and community-focused hometown dealership. And the most rewarding part of being a local automotive dealer is having the ability to help whenever asked.”

(New York, NY, October 18, 2022) – The nomination of James Johnson, dealer at High Plains Motors Inc., a Buick, Chevrolet and GMC dealer in Wolf Point, Montana, for the 2023 TIME Dealer of the Year award was announced today by TIME.

Johnson is one of a select group of 48 dealer nominees from across the country who will be honored at the 106th annual National Automobile Dealers Association (NADA) Show in Dallas, Texas, on January 27, 2023.

The TIME Dealer of the Year award is one of the automobile industry’s most prestigious and highly coveted honors. The award recognizes the nation’s most successful auto dealers who also demonstrate a long-standing commitment to community service. Johnson was chosen to represent the Montana Automobile Dealers Association in the national competition – one of only 48 auto dealers nominated for the 54th annual award from more than 16,000 nationwide.

“We are a customer- and community-focused hometown dealership,” nominee Johnson said. “And the most rewarding part of being a local automotive dealer is having the ability to help whenever asked.”

Johnson, who earned a B.S. in automotive technology from Montana State University-Northern in Havre, Montana, in 1996, took a different route on the road to becoming a car dealer. After interning at State Farm in Havre during college, he was hired as an automotive field claims representative and remained with the company for 13 years, moving to Washington and South Dakota before settling back in his hometown of Wolf Point in 2002 as an agent for the company.

“I had relatives in the used-car business, and I had worked in a body shop during college,” he said. “I enjoyed the dealership and its workings, and during my time with State Farm, I always had visions of moving into retail automotive. In fact, I was voted ‘mostly likely to be a car dealer’ by my senior class.”

In 2003, Johnson was asked to sit on an economic development board and became acquainted with Marvin Presser, a local entrepreneur who shared Johnson’s love for Wolf Point and the auto business. He became partners with Presser and Presser’s son Jeff, and joined High Plains Motors in 2007.

“Mr. Presser taught me the car business like I was one of his kids, and I am forever thankful for his mentorship,” Johnson said. “Marvin passed away in 2015 but left us with a great business and many life lessons to live and teach to others.”

Today, he and Jeff Presser own the business and have grown the operation to include Glasgow Auto Sales, a Buick, Chevy and GMC store in Glasgow, Montana. A third partner in the Glasgow dealership, Paul Wemmer, serves as general manager of the store.

“I work in both stores each week and enjoy every minute of it,” Johnson said. “The automotive industry has its ups and downs, but I have the attitude that if you do things right, everything will work out.”

Johnson is currently chairman of the executive board of the Montana Automobile Dealers Association, which recently increased the board’s term from one to two years for better continuity of leadership.

“Just like the dealership will not run well without our great employees giving it their all every day, the association would not be successful without the hard work of Bruce Knudsen, our executive vice president, and his team in Helena,” Johnson said.

He added, “The association has become financially stronger during my tenure, although dealership numbers continue to decrease in Montana. We are a laser-focused group, working diligently on issues that affect all dealers. Since Montana is such a big state, we rely on technology to reach our dealership body and zero-in on their concerns.”
Johnson views serving the community as one of the most important jobs at his dealership. “My wife and I have taught our kids, Kaylee and Aaron, to live a life of community service,” he said. “They are the first people to raise their hand to help or chip in and that makes me very proud.”

And he brings that same commitment to his business. “You can find me, my business partners or one of our employees helping out with community functions or events almost every day of the year,” he said.

“Much of what I do is focused on building the community through our youth,” Johnson said. “Where we live is full of great people but is very impoverished. The opportunities to become successful often get lost on young people, so I try to work on programs that help kids have a chance to succeed.”

Some of the groups he supports include Wolf Point 100 Club (board of directors for this organization that raises money to help local healthcare facilities); First Lutheran Church in Wolf Point (member of church council and education director/teacher); Wolf Point Soccer Association; Wolf Point Schools (career day speaker and volunteer for various programs); and Wolf Point Chamber of Commerce and Agriculture, to name a few.

“I also help with any local civic or community functions that bring entertainment or business to town,” Johnson said.

Johnson was nominated for the TIME Dealer of the Year award by Bruce Knudsen, executive vice president of the Montana Automobile Dealers Association. He and his wife, Michelle, have two children.