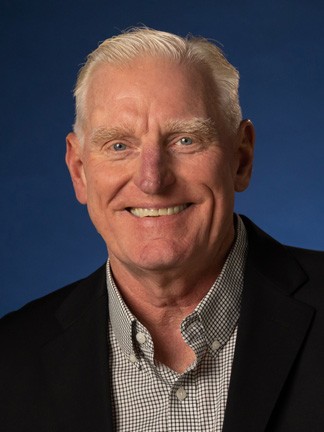 “As an employee-owner of our company, I am working with the next generation of leaders to build on our internal culture and navigate the best ways of doing business in today’s marketplace. And I hope to achieve this while giving as much back to our employees and community as possible.”

Lake is one of a select group of 48 dealer nominees from across the country who will be honored at the 106th annual National Automobile Dealers Association (NADA) Show in Dallas, Texas, on January 27, 2023.

The TIME Dealer of the Year award is one of the automobile industry’s most prestigious and highly coveted honors. The award recognizes the nation’s most successful auto dealers who also demonstrate a long-standing commitment to community service. Lake was chosen to represent the South Dakota Automobile Dealers Association in the national competition – one of only 48 auto dealers nominated for the 54th annual award from more than 16,000 nationwide.

“As an employee-owner of our company, I am working with the next generation of leaders to build on our internal culture and navigate the best ways of doing business in today’s marketplace,” nominee Lake said. “And I hope to achieve this while giving as much back to our employees and community as possible.”

A 1977 graduate of Doland High School in Doland, South Dakota, Lake launched his retail automotive career in sales at a Sioux Falls Chevrolet dealership in 1979.

“My hometown of Doland is very small, and I had some issues with my reading ability but was pretty good at math and sports,” he said. “After a couple of years in college, I decided it was time to start a new chapter in my life, so I moved to the biggest city in South Dakota: Sioux Falls.”

Lake worked at three different dealerships from 1979 to 1985 and absorbed everything he could about the car business. “I was blessed with some natural aptitude for connecting with people, but at each stop along the way, management opened the doors of opportunity for me through good training,” he said.

When he joined the team at Vern Eide Honda in 1985, his career truly began to take shape. Early on, Vern Eide, the owner, took Lake under his wing and provided him with the best training available, including NADA and Honda leadership programs, sales training and career development.

“From day one, Vern Eide took a chance on me,” he said. “He believed in me and provided an opportunity that I never could have imagined. And he also became a personal mentor to me, in fact – a bit of a father figure – and always treated me like family.”

Eide offered him the opportunity to buy some shares in the dealership and when Eide retired, Lake continued in a productive partnership with his sons, who were also involved in day-to-day operations. The automotive group continued to grow and by 2018, Lake completed a buyout of the entire business from the Eide family.

“In the last 20 years, my son Justin worked by my side and was taking on a greater leadership role,” Lake said. “I’m a bit of a ‘vision guy’ and he was much more of a ‘process guy,’ so we complemented each other.”

Justin Lake died suddenly in 2021 from an unknown heart issue. “In the days following our loss, I didn’t know if I’d ever walk into the dealership again,” Lake said. “With the support of my family, our management team and employees, we moved forward and were able to fulfill my son’s wish of giving the company back to our employees through an Employee Stock Ownership Plan, which was launched in January of 2022.”

Lake has been involved with various Honda dealer groups and served as chair of Honda’s national advisory board. “The best way that I could contribute was to be accessible and more often than not, a representative voice for the smaller dealer, usually a family-owned business like ours,” he said.

In the area of community service, Lake created an initiative called Vern Eide Gives, which allows his employees to decide where donations are distributed. And, to encourage greater giving, he will match a customer’s donation up to $1,000.

“We’ve been able to give $5 million and counting back to our community over the past number of years,” he said.

Some of the organizations that Lake has supported include Children’s Inn (a program of Children’s Home Society to help victims of domestic violence and abuse); Union Gospel Mission Sioux Falls; Boys & Girls Clubs of the Sioux Empire; Dress for Success Sioux Falls; and Operation Christmas, to name a few.

“I have been blessed with the incredible gift of working with my son Justin in the years that we had and to still be in the day-to-day with my other son John,” Lake said. “I am also thankful for my work family and the community that has graciously supported us for so many years.”

Lake was nominated for the TIME Dealer of the Year award by Christine Erickson, president of the South Dakota Automobile Dealers Association. He and his wife, Barb, have two sons, John Andrejeski and the late Justin Lake.