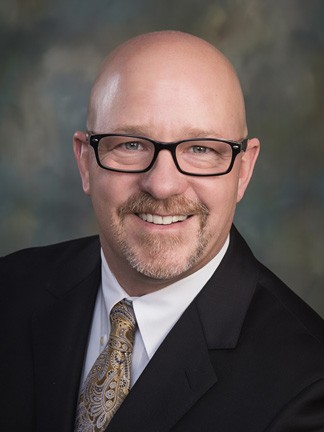 “Hard work, integrity and the mentality that we are here to serve our clients and communities is how our family business has survived and flourished for 99 years.”

(New York, NY, October 18, 2022) – The nomination of Jay Hatfield, dealer principal at Jay Hatfield Chevrolet Buick Inc. in Columbus, Kansas, for the 2023 TIME Dealer of the Year award was announced today by TIME.

Hatfield is one of a select group of 48 dealer nominees from across the country who will be honored at the 106th annual National Automobile Dealers Association (NADA) Show in Dallas, Texas, on January 27, 2023.

The TIME Dealer of the Year award is one of the automobile industry’s most prestigious and highly coveted honors. The award recognizes the nation’s most successful auto dealers who also demonstrate a long-standing commitment to community service. Hatfield was chosen to represent the Kansas Automobile Dealers Association in the national competition – one of only 48 auto dealers nominated for the 54th annual award from more than 16,000 nationwide.

“I have found it hugely rewarding to help advance colleagues to the point of business ownership,” nominee Hatfield said. “With our training – and their own wills to succeed – these individuals were able to significantly change their economic situations, which is very gratifying to me.”

And that innate desire to build and own a business has served Hatfield well. A 1985 graduate of Guthrie High School in Guthrie, Oklahoma, where he was valedictorian, Hatfield turned a part-time job as an auto detailer into a lucrative career in the retail automotive sector.

At age 16, he started his first job at John Vance Motors in Guthrie. “I eventually worked my way from sales to sales manager to general sales manager while earning a B.B.A. at Central State University [now University of Central Oklahoma] in Edmond in 1988,” he said. “In 1987, I married my now wife of 35 years, Rhonda, and we began saving for an investment in an auto dealership.”

It wasn’t long before he had an opportunity to purchase a 25 percent stake in a Chevrolet, Buick, Pontiac and Geo store in Kansas in 1995. “I was 28 years old when we relocated our young family to Columbus and by 2001, I acquired full ownership from my partner,” Hatfield said.

“We are committed to providing quality service for all customers in our rural markets,” Hatfield said. “We have approximately 220 employees and have developed six individuals to the point of ownership. Talent development is a fundamental part of what we do to grow and succeed.”

And Hatfield credits his upbringing for his business philosophy and success. “I believe it starts with great parents who offer proper guidance but never limit our thoughts or dreams on what we can accomplish,” he said. “I also spent weekends on my grandparents’ farm and learned the value of hard work, as well as played sports in school, which gave me insights into team building and teamwork.”

Hatfield was also inspired by the individuals he worked with during his early years in the car business. He joined his first NADA 20 Group in 1997 and continues to benefit from the expertise and resources of this peer association.

“We have met hundreds of dealers along with our many moderators that have had a tremendous impact on our success and growth,” he says. “I believe this relationship and exposure is responsible for helping us achieve our business goals.”

On a local level, he is proud of his significant donation to the Mercy Health Foundation to facilitate the Mercy Mobile Mammography Van, which provides mammograms to women in small communities in Southeast Kansas, Southwest Missouri and Northeast Oklahoma. In addition, Hatfield and his wife, along with another local family, provided the funds to create the H&H Splash Pad at Discovery Park in downtown Columbus.

Hatfield was nominated for the TIME Dealer of the Year award by Don McNeely, president of the Kansas Automobile Dealers Association. He and his wife, Rhonda, have two daughters.