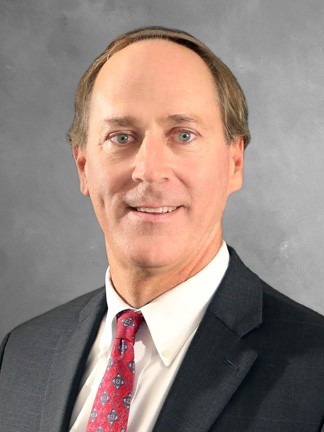 (New York, NY, October 18, 2022) – The nomination of the late Jay Wakefield, who was dealer principal at Wakefield Buick GMC in Spartanburg, South Carolina, for the 2023 TIME Dealer of the Year award was announced today by TIME.

Wakefield is one of a select group of 48 dealer nominees from across the country who will be honored at the 106th annual National Automobile Dealers Association (NADA) Show in Dallas, Texas, on January 27, 2023.

The TIME Dealer of the Year award is one of the automobile industry’s most prestigious and highly coveted honors. The award recognizes the nation’s most successful auto dealers who also demonstrate a long-standing commitment to community service. Wakefield, who passed away in March of 2022, was chosen posthumously to represent the South Carolina Automobile Dealers Association in the national competition – one of only 48 auto dealers nominated for the 54th annual award from more than 16,000 nationwide.

As a third-generation General Motors dealer, Wakefield followed in the footsteps of his grandfather and father, and served as president of Wakefield Automotive from 1993 until his untimely death. He began working in the family business at age 10, washing and detailing cars, and during summer breaks, gaining experience in the parts and service departments.

After earning a B.A. in political science in 1984 from Sewanee, the University of the South, in Sewanee, Tennessee, Wakefield received an M.B.A. from the University of South Carolina in Columbia in 1985. That is when he moved back to Spartanburg and launched his full-time career at the dealership owned by his father, the late John William Wakefield, Jr. He greatly valued his father’s mentorship.

Over the years, Wakefield operated multiple automotive franchises, including Buick, Pontiac, GMC, Cadillac and Suzuki. Through his experience and expertise as an industry leader, he was tapped by the South Carolina Automobile Dealers Association, where he served on the board of directors as president, vice president and treasurer throughout his board tenure.

A staunch advocate for the retail automotive industry, Wakefield worked tirelessly on behalf of fellow dealers. He fought to protect franchise laws at the State House and hosted regional meetings with his peers to share ideas and gather feedback in an effort to fully and fairly represent the interests of dealers throughout the state.

In the area of community service, Wakefield was also a leader. He founded the Eastside Vikings Youth Lacrosse League in 2010 to introduce the game to local children, and, according to his wife, Jenny, he was coaching and organizing schedules up until the last day of his life.

He was also a devoted member of the Boy Scouts of America and was an outdoor wilderness leader for Troop 1 in Spartanburg, leading groups into the Great Smoky Mountains National Park and along the Appalachian Trail. In recognition of his positive impact on young people, Wakefield received the Dr. George Dean Johnson Leadership Award for scouting.

As a longtime resident of Spartanburg, Wakefield was actively involved in the community he loved. He was a graduate of Leadership Spartanburg and Leadership South Carolina, two organizations that foster civic involvement, volunteerism and community engagement. He served the state chapter of the American Red Cross, Mobile Meals of Spartanburg, the Episcopal Church of the Advent in Spartanburg, and the Spartanburg Development Association, to name a few.

Wakefield is survived by his wife, Jenny, and their three children. He was nominated for the TIME Dealer of the Year award by E. Sims Floyd, Jr., Executive Vice President of the South Carolina Automobile Dealers Association.