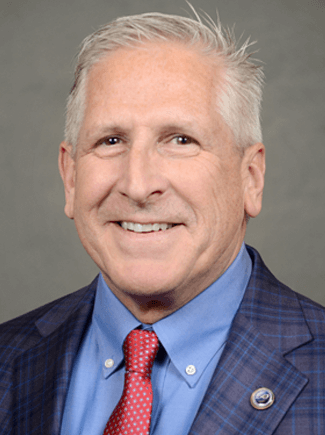 “In the true spirit of entrepreneurship, I get the most enjoyment from growing the business year after year and helping our team flourish personally and professionally.”

A 1990 graduate of Michigan State University in East Lansing, where he earned a B.A. in advertising, Williams always planned to join the dealership founded by his father, Wayne, in 1971.

“From a very young age, my dad taught me about cars. I visited the dealership and I slowly learned about the business, whether I realized it or not at that age.”

Williams said that his father made it clear that he needed to get a college education, learn the ins and outs of every department and work his way up the ladder before he earned a management position, which is what he did.

“I loved the work and the people. I knew Williams AutoWorld was where I wanted to continue to learn and grow.” In 1995, Williams was named general manager and when his father decided to semi-retire in 2001, he became dealer operator and vice president. The company now also includes Williams Subaru in Lansing.

“My dad was a good teacher, and I'd like to think I was smart enough to learn from his experience and wisdom in the business. He helped me understand that our employees needed to trust my abilities as a leader, and I needed to provide them with the opportunities to succeed, so we could work together to make a great experience for our customers.”

Williams has served in leadership positions for the Michigan Automobile Dealers Association, including president, first vice president, second vice president and director at large. He always understood the value of interacting with other dealers, sharing best practices and advocating for the industry as a whole.

“In a leadership position with the association, I was able to use my years of experience in the dealership to provide feedback on state legislation and to help guide policies and practices that regulate all dealerships in the state."

“It really is an honor to be involved in local organizations that support my community. The endeavors I have been involved with have raised millions of dollars for improvement projects, including a children’s playground, new cardiac center for our local hospital, and numerous fundraising events and auctions.”

Williams was nominated for the TIME Dealer of the Year award by Terry Burns, executive vice president of the Michigan Automobile Dealers Association. He and his wife, Sally, have three children.