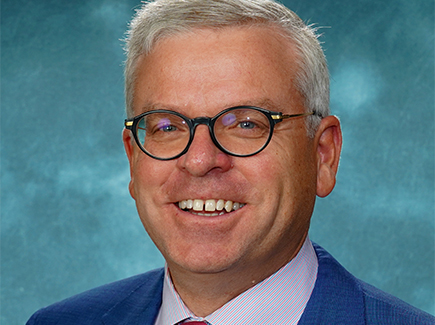 “At Mercedes-Benz of Huntington, we take great pride in our community. Whether it’s supporting a local business, donating to charities or sponsoring events, we always go the extra mile.”

Buzzetta earned a degree in finance from the University of Vermont in Burlington in 1988. He initially pursued a career in banking in New York City but decided to enter his family’s car business, Competition Automotive Group, in 1990. The group was founded by his father, Joe Buzzetta, a championship race car driver.

“The company was expanding, I was getting married and I decided it would be best for my future to work at our dealership,” he said.

Buzzetta first learned the accounting end of dealer operations and then had the opportunity to oversee a new acquisition Toyota dealership. “I worked extremely hard and we turned the store around from a loss to a profit,” he said. “It was a great experience as I had to run a very tight budget to make the store successful. Learning how to be analytical and watch expenses has been a great help to me throughout my career in good times and bad.”

Today, he oversees Mercedes-Benz of Huntington, and Competition Automotive Group encompasses dealerships in Huntington and St. James, New York, representing brands BMW, Infiniti, Mercedes-Benz, Subaru and Sprinter. Buzzetta, along with his father, brother and sister, are all partners in the family enterprise.

“The most rewarding part of my career has been the formation and growth of Mercedes-Benz of Huntington,” he said. “I was responsible for all of the initial work before we opened and since then, we have expanded three times, won multiple awards and have become a mainstay in the Huntington community.”

With such a strong connection to the area, Buzzetta supports numerous charities and foundations. “My commitment to public service is not just about helping financially; it's also about being deeply involved and donating my time and energy,” he said.

He has served on the board of the St. Charles Hospital Foundation since 2002 and was chairman of the group for three years. Buzzetta actively participates in programs for the foundation to raise funds for the Port Jefferson, New York-based hospital, which include an annual gala, golf outing and cooking event and wine auction.

“I donate wine from my collection and ask friends at Long Island wineries to donate as well,” he said. “I write the wine descriptions and ratings for all. The auction is a major source of fundraising for the foundation each year.”

Buzzetta is proud to have received the coveted Theodore Roosevelt Award from the St. Charles Hospital Foundation in 2010, which recognizes extraordinary volunteerism and leadership. “It's named for the renowned former president and Long Island resident who devoted his life to public service,” he said.

Another charitable institution that Buzzetta champions is Alternatives For Children, a Long Island-based organization that provides education and therapeutic services to children with special needs. He is a board member and his company is founding sponsor of the group’s annual Classic & Sports Car Rally. “I help plan and secure donors and sponsors for the event,” he said. “This outing is the organization's main source of fundraising, and I love seeing such an amazing turnout each year.”

“Whether it's donating my time or helping financially, my community and these charities will always be extremely important to me,” Buzzetta said.

Buzzetta was nominated for the TIME Dealer of the Year award by Mark Schienberg, president of the Greater New York Automobile Dealers Association. Jim has three children.