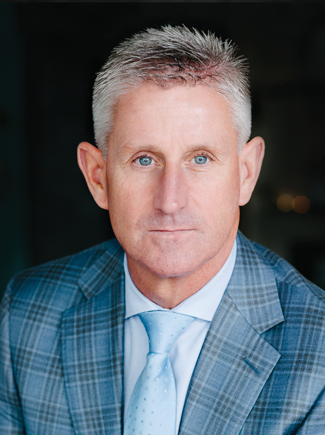 “We wouldn't be as successful as we are today without having great customer relationships. We are proud to have many, many repeat customers and friends that we do business with every day.”

A 1985 graduate of Oregon State University in Corvallis, Fisher grew up in the family dealership business. “I worked summers during my high school and college years at our Datsun/Nissan dealerships. My dad made sure that I experienced all aspects of the business, and both my mom and dad raised me to understand the value of hard work and integrity.”

After a brief stint at a dealership in San Diego, California, Fisher returned home in 1987, after his father unexpectedly passed away, to run the sales department of the Volvo dealership. He eventually became general manager and part owner with his sister, Jane Fisher-Graybeal, and his mother, Ruth, who passed away in 2020.

“My mother was the hardest worker anyone ever knew. She was at the Volvo store seven days a week, from open to close. She made sure things got done and got done well.”

Today, he and his sister carry on the legacy and together run Jim Fisher Volvo, the namesake dealership his father established in 1957 when the brand was just being introduced to the United States market.

“I am so grateful to be working side by side with my sister, as she is a great partner and contributes significantly to our success. We are also very fortunate to have many long-term, loyal employees that give us their best every day.”

Fisher is actively involved in his state and local dealer associations. He has been a member of the board of the Metro Portland New Car Dealers Association since 1995, serving as the group’s president for two years.

“We are very involved with the Portland International Auto Show, which hosts an annual Sneak Peek preview party that generates more than $600,000 in funds for local charities each year, with over 5.1 million raised since 2011. We also fund and support lobbying efforts within the state to help our businesses address issues that impact our industry.”

In the area of community service, Fisher Volvo is proud to be the lead automotive sponsor for the Portland Marathon and the Oregon Health & Science University’s Doernbecher Children’s Hospital in Portland, for which the dealership has sponsored their annual fundraiser, Doernbecher Freestyle, since its inception in 2004. This program gives selected child patients the chance to work with Nike designers to create shoes and apparel that are presented to the public at an event and sold online.

“We have supported Doernbecher for many, many years. We see, firsthand, how they put the funds to use and the results that they are able to achieve. It is a great organization and they work miracles for the kids.”

Fisher was nominated for the TIME Dealer of the Year award by the dealers of the Oregon Auto Dealers Association. Jim and his wife, Julie, have two daughters and one granddaughter.