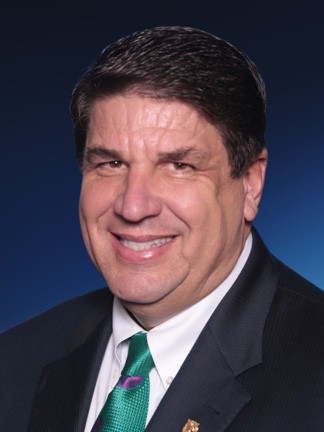 “I have always believed that the only way I can truly receive is by giving back."

(New York, NY, October 18, 2022) – The nomination of the late Joel P. Oustalet, who was dealer principal at Bubba Oustalet Chevrolet-Cadillac in Jennings, Louisiana, for the 2023 TIME Dealer of the Year award was announced today by TIME.

Oustalet is one of a select group of 48 dealer nominees from across the country who will be honored at the 106th annual National Automobile Dealers Association (NADA) Show in Dallas, Texas, on January 27, 2023.

The TIME Dealer of the Year award is one of the automobile industry’s most prestigious and highly coveted honors. The award recognizes the nation’s most successful auto dealers who also demonstrate a long-standing commitment to community service. Oustalet, who passed away in March of 2022, was chosen posthumously to represent the Louisiana Automobile Dealers Association in the national competition – one of only 48 auto dealers nominated for the 54th annual award from more than 16,000 nationwide.

Oustalet was born into the auto industry. His father, A.J.M. “Bubba” Oustalet owned dealerships in Louisiana and Mississippi, and Oustalet, who was ninth out of ten children, aspired to join his father and brothers in the business. He loved working at the dealership and visiting his grandfather’s auto body and paint shop in New Orleans. Over the years, he remained enthusiastic about all facets of the automotive industry and its storied history.

After graduating with a B.A. from Louisiana State University in Baton Rouge in 1983, Oustalet was named finance manager at the family’s Lincoln-Mercury store in Gulfport, Mississippi, and then sales manager at the Ford dealership, also in Gulfport, by 1985.

At age 27, Oustalet moved to Jennings to run the Chevrolet-Cadillac location, where he was general manager and dealer. There, he took all of his previous experiences and made the dealership his own by building a strong team of dedicated professionals. Within a few years, he transformed this small town store that was moving 15 vehicles a month to a successful operation that was selling 100 cars each month.

Oustalet set the tone at the dealership and thoroughly enjoyed celebrating the victories of his employees and those around him. He ran the store with the goal of treating customers and his team like family and dedicated time to bettering their lives, whether passing out balloons at parades or hosting wedding ceremonies in the showroom.

Today, his daughter, Jolie Oustalet-Picou, is the general manager and dealer successor, following in the footsteps of her dad to lead the dealership as well as Bubba Oustalet Ford Lincoln Toyota, also in Jennings.

In the early 2000s, Oustalet took his passion for the retail automotive business to a new level and directed his energies toward protecting the industry for future generations. To that end, he was very active in NADA and served on the group’s executive committee for five years, as well as vice chair of the 2018 NADA show. In the state arena, he spent 12 years on the board of directors for the Louisiana Automobile Dealers Association, where he was chair from 2013 to 2014.

Oustalet worked tirelessly to educate others within the business on how they could make positive adjustments that would lead to big impacts. He was welcomed by legislators on the state and national level as he advocated for dealers, and he was honored to represent the industry he loved.

For his local community, Oustalet contributed greatly to numerous organizations, whether he played a leadership role on a board or jumped into action when there was a need. While millions have been donated to local schools, churches and charities by the Oustalet’s, Oustalet found his participation in his community just as important.

When his area was hit by floods, Oustalet dispatched his team with sandbags, food, water and clothing to help his neighbors. In addition, he was part of a community group that put together a viable funding proposal for building a new high school, which was implemented.

He was known to say, "I have always believed that the only way I can truly receive is by giving back."

Oustalet was nominated for the TIME Dealer of the Year award by Will H. Green, president and CEO of the Louisiana Automobile Dealers Association. He is survived by his wife, Lisa, and three children.