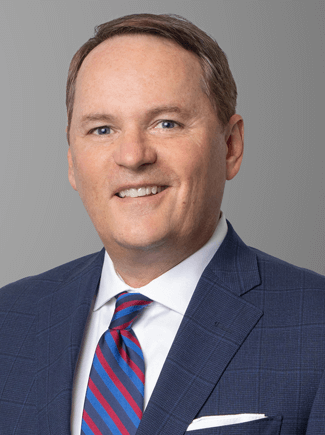 “My career is and continues to be extremely rewarding to me and my family. Following in my father's footsteps is something I will always cherish. But the most rewarding moment was when my son, Matthew, graduated from college and started his journey at the dealership. He will carry on my father’s legacy into the future.”

Barker earned a B.B.A. at the University of Mississippi in Oxford in 1990 and upon graduation, started his career at Two Rivers Ford. “Throughout my high school years, I was washing cars and working many other jobs around the dealership. After Ole Miss, my father wanted me to learn every position of the dealership, from selling cars to working in the service department.”

Barker was later was named sales manager and finance manager before becoming general manager at age 30. When his father’s health began to decline, they developed a plan that allowed him to purchase the dealership, and Barker has been at the helm ever since.

“My father taught me how to be a great husband and father, how to treat employees and customers, and he taught me the importance of community. He passed away in 2010 and would be very proud to know that his grandson is now at the dealership and doing amazingly well. In fact, my son Matthew has just spearheaded a major fundraiser called “Drive the Music” to help fund local, independent music venues through the pandemic. My father would most certainly be amazed at how Matthew is already giving back to the community at such a young age.”

Barker has served on the boards of the Tennessee Automotive Association (2012 chair); Ford Dealers Advertising Fund (chair in 2008 and 2015); Nashville Franchised Auto Dealers Association (2003 chair); and the Tennessee Motor Vehicle Commission (commissioner 2018 through present), as well participated in area chambers of commerce, the Nashville Sports Council and local Rotary and Kiwanis club events.

“Working on these boards has definitely helped me hone my leadership skills.” I have a better understanding of how group topics are discussed and important decisions are made. Allowing each board member to have a voice is similar to how we operate in our daily meetings at the dealership, where everyone speaks freely.”

Barker has also worked with numerous area organizations to raise money and improve the quality of life in his community. His dealership has been a long-standing supporter of Susan G. Komen Central Tennessee, and proud partner of St. Jude Children’s research hospital. His dealership has also created and sponsored various other fundraising efforts such as the “Fill A Ford Toy Drive” in partnership with Nashville’s Metro Police Christmas Charities to ensure a happy holiday for children in need. In addition, the annual Two Rivers Ford Turkey Trot 5K & Family Fun Run, held on Thanksgiving morning, is a popular local event that generates funds for Compassion in Action of Tennessee, a group that works to improve animal welfare in the state.

Barker has also hosted Ford Driving Skills for Life programs at area high schools, which provides safe-driving training for new drivers, as well as donated a portion of sales during the month of October to Susan G. Komen Central Tennessee to help fight breast cancer.

“I feel that all community involvement is important and impactful. We don’t do it for the recognition, we do it because it is close to the hearts of our employees and customers. Our donations and sponsorship dollars are allocated to various charity programs and events that are helpful to this community and beyond.”

Barker was nominated for the TIME Dealer of the Year award by Bob Weaver, president of the Tennessee Automotive Association. He and his wife, Margaret, have two children.