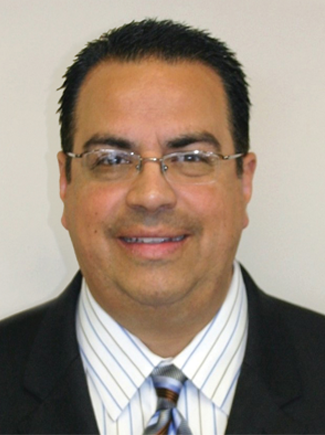 “The car business has provided the opportunity for me to give back to my family, my employees, my community and the automotive industry.”

A 1980 graduate of McCollum High School in San Antonio, Texas, Pozos’ first job in the retail automotive business was at Gunn Honda in San Antonio, where he worked from 1987 to 2000.

“I started out selling cars and worked my way through every front-end position before becoming general manager.” In 2000, he was able to set out on his own and became president of Wichita Falls Ford Lincoln. Pozos is also president of Tiger Honda of Gonzales in Gonzales, Louisiana.

“I was given an opportunity by Curtis Gunn and Gunn Automotive Group to pursue my desire to own a dealership. I was also given an amazing offer and a tremendous amount of support from the Ford Motor Company in purchasing my current Ford and Lincoln franchise.”

As a hands-on owner and operator of two dealerships, Pozos is committed to giving back to the organizations that helped him realize his own dreams. To that end, he is very active in minority dealership advocacy and has served on the board of directors for the National Association of Minority Automobile Dealers, as well as chair of the group.

“I have been nominated by my peers to serve in leadership positions, including chairman of most of these groups. And in some cases, I have served multiple times.”

In the area of community service, Pozos has supported over 300 organizations in the Wichita Falls area annually for the past 20 years. Organizations which include the Wichita Falls Police and Sheriff’s association, Boys and Girls Club, Faith Mission, Midwestern State University, PETS We Care, Wichita Falls Symphony, Hospice Care Center, and local and surrounding schools.

Pozos has worked to enhance student learning as a board member for the Wichita Falls Independent School District’s Partners in Education program. This initiative brings together community leaders and educators to help advance the academic performance and personal achievements of local students and prepare them for a successful future. Pozos supports local youth and their education by donating to MLK, Zavala, and FFA scholarships. Pozos is also a major contributor to the Henry Ford Fairlane Project.

Pozos was nominated for the TIME Dealer of the Year award by Damon Lester, president of the National Association of Minority Automobile Dealers. He and his wife, Mandy, have three children.