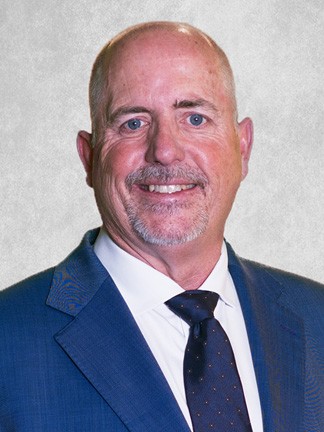 “The most rewarding aspect of being a car dealer is the constant flow of opportunities to improve the lives of others. Whether it is a customer interaction, an employee promotion or a large philanthropic endeavor, there is not a day that goes by that we do not have the chance to improve the world around us.”

(New York, NY, October 18, 2022) – The nomination of Kevin Shaughnessy, executive vice president and partner at Phil Long Dealerships headquartered in Colorado Springs, Colorado, for the 2023 TIME Dealer of the Year award was announced today by TIME.

Shaughnessy is one of a select group of 48 dealer nominees from across the country who will be honored at the 106th annual National Automobile Dealers Association (NADA) Show in Dallas, Texas, on January 27, 2023.

The TIME Dealer of the Year award is one of the automobile industry’s most prestigious and highly coveted honors. The award recognizes the nation’s most successful auto dealers who also demonstrate a long-standing commitment to community service. Shaughnessy was chosen to represent the Colorado Automobile Dealers Association in the national competition – one of only 48 auto dealers nominated for the 54th annual award from more than 16,000 nationwide.

“The most rewarding aspect of being a car dealer is the constant flow of opportunities to improve the lives of others,” nominee Shaughnessy said. “Whether it is a customer interaction, an employee promotion or a large philanthropic endeavor, there is not a day that goes by that we do not have the chance to improve the world around us.”

Shaughnessy, who attended Eastern New Mexico University in Portales, launched his retail automotive career in 1990 at a Lincoln-Mercury dealership in Albuquerque, New Mexico.

“I was lucky enough to be hired to sell cars by my first mentor and great friend to this day, Mike Blair,” he said. “Mike is an amazing ‘car guy’ who was kind enough to share his knowledge and experience with me through the years.”

“I have put a few decades of hard work and dedication into my career, but without the support of my wife, Holly, of 29 years and my family, I could not have done as much,” he said. “I owe my success to both my employers and employees, as well as the kindness and wisdom of those I have spent time around.”

An auto industry executive with 30 years of experience in team building, managing business growth, elevating the customer experience and driving sales, Shaughnessy has held leadership positions on the Ford National Dealer Council and Ford Dealers Advertising Fund (FDAF) in Colorado. He was also selected by the governor to serve on the Colorado Motor Vehicle Dealer Board in 2020.

“I am proud to be a part of helping to organize Ford’s support in the Rocky Mountain Region,” he said. “These efforts have resulted in partnerships with the Special Forces Foundation, Shield616, Pikes Peak International Hill Climb, Craig Hospital and Colorado Avalanche's Most Valuable Teacher Awards, among others.”

Shaughnessy also serves on the board of Mt. Carmel Veterans Service Center in Colorado Springs, Colorado, since 2020. To date, the nonprofit, founded by Shaughnessy’s partner Jay Cimino, has served nearly 13,000 veterans, military members, and their families, and provides a range of support programs including transition and employment assistance, behavioral health and wellness, and connection to community resources.

“Jay is not only an amazing car dealer and retailer, but also a family man and philanthropist who has had a great impact on my life,” he said.

In addition, he directs the company’s philanthropic giving by leading the Corporate Sponsorship & Philanthropy Committee. “We recently provided $100,000 to help individuals displaced by the conflict in Ukraine, enabling humanitarian efforts and medical supplies to reach those on the frontline through Project C.U.R.E. and Catholic Relief Services,” he said.

Shaughnessy added, “Mobilizing the employees of our dealerships creates a small army of over 1,200 people to do good in our communities. It is the aggregation of all the good that we have been able to do – small acts and large – that is the most rewarding thing about being a car dealer.”

Shaughnessy was nominated for the TIME Dealer of the Year award by Tim Jackson, president and CEO of the Colorado Automobile Dealers Association. He and his wife, Holly, have two children.