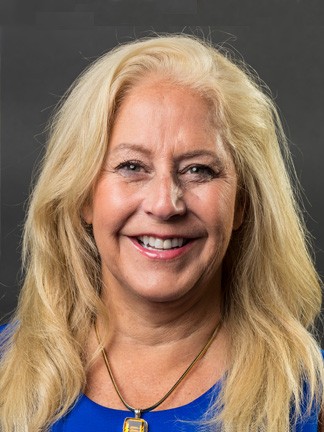 “Like many family-owned dealerships, we consider our employees to be part of our family. We believe in extensive training, consistent recognition and allowing individuals to flourish, which has resulted in long-term, sometimes multi-decade relationships with team members.”

(New York, NY, October 18, 2022) – The nomination of Kimberlee Huffman, dealer principal at Neil Huffman Honda of Frankfort in Frankfort, Kentucky, for the 2023 TIME Dealer of the Year award was announced today by TIME.

Huffman is one of a select group of 48 dealer nominees from across the country who will be honored at the 106th annual National Automobile Dealers Association (NADA) Show in Dallas, Texas, on January 27, 2023.

The TIME Dealer of the Year award is one of the automobile industry’s most prestigious and highly coveted honors. The award recognizes the nation’s most successful auto dealers who also demonstrate a long-standing commitment to community service. Huffman was chosen to represent the Kentucky Automobile Dealers Association in the national competition – one of only 48 auto dealers nominated for the 54th annual award from more than 16,000 nationwide.

“Like many family-owned dealerships, we consider our employees to be part of our family,” nominee Huffman said. “We believe in extensive training, consistent recognition and allowing individuals to flourish, which has resulted in long-term, sometimes multi-decade relationships with team members.”

A 1980 graduate of the University of Kentucky in Lexington where she earned a B.A. in communication, Huffman has spent her career at Neil Huffman Automotive Group, the company originally founded in 1969 by her father, Neil, with a single Volkswagen store in Louisville, Kentucky.

“As a second-generation dealer, I began in office management, titling and financials, then moved into communication, public relations and advertising for our first five franchises,” she said. “After the untimely passing of my father, I was well positioned to become the dealer principal at Neil Huffman Nissan in Louisville in 2007.”

In 2008, Huffman attended the NADA Academy to further her education and give her the tools she needed to run a successful dealership. “I was one of a few female dealer principals in the entire state of Kentucky,” she said. “I took a subpar franchise and improved each department to obtain top-level awards and profits. This success led to a profitable sale of the dealership.”

Today, she and her nephew, Shane Huffman, are managing partners, overseeing the Neil Huffman Automotive Group, which encompasses ten dealership locations in Frankfort, Louisville and Clarksville, Indiana, representing brands Acura, Buick, Chevrolet, GMC, Honda, Mazda, Nissan, Subaru and Volkswagen. Her late brother, Dow Huffman, who passed away in 2020, played an integral role in the growth of the company.

“While my father was a successful dealer with great standards and profitability, I used his leadership platform and made it stronger,” Huffman said. “With the input of each department manager, we implemented more streamlined and efficient methods, compelled tech evolution, developed training, boosted morale and brought in change consultants who helped turn the company into a streamlined growth driver.”

And Huffman brings that same can-do spirit to the Kentucky Automobile Dealers Association, where she has served on the board of directors since 2011 was chair in 2021, vice chair in 2020 and treasurer in 2019.

“As the state's first ever chairwoman, I worked with county clerks and state leaders to advance the use of new titling technology, as well as advocated with legislators to update tax laws similar to adjoining states and protect franchise laws,” she said.

Huffman also held leadership positions for the Greater Louisville Automobile Dealers Association, where she created multiple workshops for area dealer and their employees, as well as built momentum and attendance for the Louisville Auto Show.

While her dealership supports more than 50 community organizations, the one that means the most to Huffman is the American Cancer Society Road to Recovery program, which provides transportation for cancer patients who need rides to and from cancer-related treatment sessions or medical appointments.

“This is personal because I was the sole caregiver and transportation provider for my mother, my older brother and my younger brother when they were each affected with different and rare forms of cancer in the last few years,” she said. “When I became aware of patients using taxis and public buses for transportation to treatment, I knew we had to do something.”

To that end, Huffman not only raises money for the cause but also uses her various platforms to mobilize volunteer drivers. “We are asking our customers to join us as we campaign within our dealership, on our website and digital formats for volunteers, and we are matching funds directed to the transportation access fund,” she said.

Huffman was nominated for the TIME Dealer of the Year award by Jason Wilson, president of the Kentucky Automobile Dealers Association. She and her husband, Eliades Sarmiento, have four children.