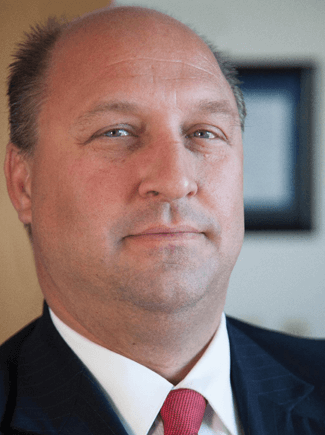 “To witness the joy that people feel when buying a vehicle is probably one of the most rewarding aspects of my job. I believe owning a car is one of the ultimate freedoms we have in this world – the ability to go anywhere at any time – and I am proud to have been part of that experience for so many throughout my 30-plus year career.”

Nichols has always had a passion for cars but he did not set out to forge a career in the retail automotive industry. At age 19, he dropped out of the University of Alaska Anchorage and landed a job in sales at a Ford dealership in that city.

“I was hooked. To this day, I love coming to work and seeing the excitement on the faces of people getting new cars. I also enjoy the diverse group of people you meet in this industry. It touches all walks of life.”

Nichols moved to different dealerships through Anchorage, securing sales management positions. In 1998, he moved to Gene’s Chrysler in Fairbanks as general sales manager and attended the NADA Academy in 2002 to further his knowledge in dealer operations. Nichols purchased the dealership a few years later.

“After 15 years in the sales end of the business, I was given the opportunity to own my own store." Now, as dealer principal at Gene’s Chrysler Dodge Jeep Ram, he is training the next generation of his family in the profession he came to love, as four of his six children currently work at the dealership.

An active member of the Alaska Automobile Dealers Association, Nichols served on the group’s board for 13 years. He built relationships with lawmakers in the state capital of Juneau, advocating on behalf of his fellow dealers. “We have succeeded in changing laws that impact our business. The most recent accomplishment of our association, was rewriting the dealer franchise laws for our state.”

Nichols’ store, which was founded in 1945 as Gene’s Auto Service, is well-known throughout Fairbanks and the surrounding area and lives up to its tagline as “the official dealership of life in Alaska.”

“Gene’s is highly visible and we pride ourselves on being involved. We are a large sponsor of local events such as concerts, rodeos, BBQ championships, youth sports and numerous other activities.”

One such event is the annual HIPOW (Happiness Is Paying Our Way) Auction, which raises money for Catholic schools of Fairbanks. Each year, Nichols donates a vehicle for the auction and the money raised helps cover operating expenses.

Nichols is also a board member for the Fairbanks Ice Dogs, a junior hockey team, and team sponsor. “The Ice Dogs are beloved by our community and the games are highly attended. I think it is important for youth sports to be in the spotlight.”

He also hosts track days at Alaska Raceway Park in Palmer and invites state troopers, customers, family and friends to experience the thrill of drag racing. Throughout the year, he turns his dealership into a drive-in movie theater, projecting films on the side of his building and providing popcorn and candy for the crowd.

Nichols was nominated for the TIME Dealer of the Year award by Steve Allwine, NADA director for the Alaska Automobile Dealers Association. He and his wife, Julie, have six children.