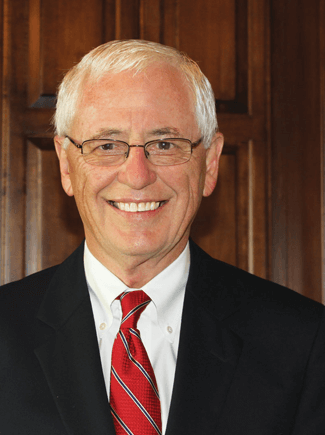 “I have always enjoyed the car business and have a passion for our industry. I think my success was a result of my dedication to our employees and customers. Throughout my career, I tried to follow our code of ethics and put integrity at the top of the list.”

A 1978 graduate of the University of Tulsa in Tulsa, Oklahoma, where he earned a B.S. in business administration and accounting, Battison began selling cars in 1969. In 1976, he joined Jim Norton Buick, also in Tulsa, as a sales manager, a move that would pave the way for his career in the retail automotive business.

“I helped grow the store to the number-one volume Buick dealership in Oklahoma.” And Jim Norton, who was my respected mentor, suggested that I should be a dealer, so for seven years, my wife and I lived off her salary at a bank and we saved every dollar I earned.”

By 1983, Battison had enough money to acquire a Buick, Chrysler and Dodge store with Norton’s partial backing in Duncan, Oklahoma. He was able to buy out Norton in five years and also added three more dealerships, selling brands Pontiac, Jeep, GMC and Chevrolet before consolidating all franchises in one location in Duncan.

“We went from selling 600 vehicles per year in 1984 to 3,000 vehicles by the new millennium, all in a town of 22,000." He eventually sold the Duncan operation and purchased his current Honda store in Oklahoma City so he and his wife could be closer to their adult children who lived in the area.

Today, he has invested in other dealerships, as well as an F&I (Finance & Insurance) development company, and has started offering shares of his Honda store to his general manager, Artie Brylev. His daughter Courtney also works at Battison Honda and is on track to be the next-generation dealer.

“I will always be extremely grateful to Jim Norton. He encouraged me to pursue a career as a dealer and helped me accomplish it by sending me to dealer school, investing with me and setting an example to follow. In turn, I have enjoyed training people and helping them develop their careers. Some of our employees in sales are now managers and some have even purchased stores and are dealers.”

He is also committed to the retail auto industry as a whole and currently serves the Oklahoma Automobile Dealers Association as treasurer, legislative chair, second vice chair and zone director.

Battison approaches his community involvement with equal fervor. “While in Duncan, I was on the board of United Way and supported all the local schools, fundraisers and the PRCA [Professional Rodeo Cowboys Association] rodeo, which donated funds back to local charities."

Currently, his dealership takes part in the Reach Forward Foundation Ties to the Future event, a program that brings together young leaders to learn about successfully entering the job market. He is also a supporter of the Teachers Appreciation Foundation, which gives back to Oklahoma educators.

“I started with nothing and became successful way beyond my wildest expectations." This has allowed me to create the Battison Foundation and donate to all types of local causes and schools.”

Battison was nominated for the TIME Dealer of the Year award by Steve Rankin, president of the Oklahoma Automobile Dealers Association. He and his wife, Linda, have two children.