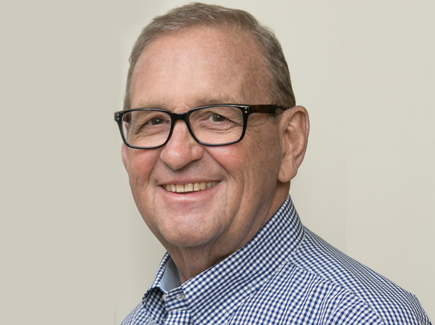 “Our ability to provide career opportunities to our employees and to multiple generations of our family has been rewarding to me. Balancing these opportunities has been a challenge, but I have always felt that any good employee should have the chance to grow to his or her full potential.”

A 1968 graduate of Brick Township High School in Brick, New Jersey, Kull earned a BS in business administration from the University of Vermont in Burlington in 1972 and an MBA in finance from Rutgers Business School in Newark, New Jersey, in 1973.

After working for the Xerox Corporation in Tarrytown, New York, for five years, Kull returned home to New Jersey in 1979 and was named fixed operations director of Burns Pontiac Honda in Marlton. The dealership that was part of the Burns-Kull Automotive Group, which was founded by his father, Richard N. Kull, and Edward I Burns.

“My dad was a tremendous mentor, encouraging me to use my best judgement and make timely decisions,” he said. “He emphasized that anything we did needed to work for our customers, our employees and the dealership. I followed his example as our business and my responsibilities grew.”

With 40 years of experience in the car industry, Kull’s expertise has been tapped to lead several associations, including the New Jersey Coalition of Automotive Retailers, where he served as chairperson, secretary, treasurer, regional vice president and trustee, and the American International Automobile Dealers Association. In addition, Kull has chaired dealer councils for Honda and Toyota.

“In each position, I worked to develop and promote the current year’s activities to accomplish our organization's mission,” he said. “A chairperson needs to take advantage of the experience of the board members and encourage general membership to support the goals of the group.”

Kull has also put his management skills to work for the local community by serving on the boards of the Evesham Education Foundation (1995 to present), which was created to enrich the academic experience of schools in Evesham Township, New Jersey, and the Cooper Medical School of Rowan University (2011 to 2018) in Camden, New Jersey.

He also raises money and contributes to numerous organizations. The most meaningful is his team’s annual participation in the American Cancer Society’s Making Strides Against Breast Cancer walk on the boardwalk in Ocean City, New Jersey, in honor of his late sister, Sandy Gee.

“Our dealerships, employees and vendors have raised more than $300,000 since our first walk, held during our dear sister’s last year,” Kull said. “I'm most proud of my brother-in-law Jim Gee who has kept Sandy's spirit alive by being the top Chevrolet dealership in the country in raising funds for this national event.”

Kull has also been a major corporate sponsor of a new turf field for Cherokee High School in Evesham Township and a supporter of the automotive technology area of the John F. Scarpa Technical Education Center of Cumberland County in Vineland.

Kull was nominated for the TIME Dealer of the Year award by Jim Appleton, president of the New Jersey Coalition of Automotive Retailers. He and his wife, Deborah, have two children.