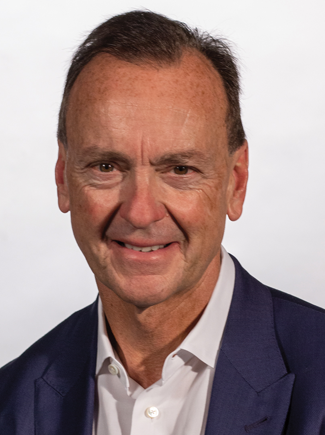 “The four main drivers of my life are personal freedom, creating opportunities for others, giving for the sake of giving and being a glory to God. I have been able to satisfy all four through my automotive career and doing these things continues to give me great joy and a sense of purpose when I get up in the morning.”

Boniol graduated from Trinity University in San Antonio, Texas, in 1978, where he studied theatre arts. He began his retail automotive career in sales at Jim Reed Hyundai in Nashville, Tennessee, in 1987. He moved through the ranks of several dealerships, rising to general sales manager and dealer principal, before purchasing Roundtree Dodge in Lake Charles with a partner in 1997.

By 2004, Boniol became sole owner and changed the dealership’s name to Mark Dodge Chrysler Jeep. He later added two dealerships, one of which he sold and one that was terminated in 2009.

“Following the termination of my store in Woodstock, Georgia, and the consequences of the Great Recession, I began a complete transformation of the dealership. I offered a total ‘Amazon-like’ experience, including 100 percent online negotiating and document signing, as well as home or office complimentary delivery within a 300-mile radius.”

And in 2020, Boniol’s new way of selling allowed his business to excel during historic upheavals. First, there was the global pandemic and then, in late August, Hurricane Laura, a catastrophic Category 4 storm, battered Lake Charles with wind speeds of 150 miles per hour.

“Thanks to the incredible hard work of my staff, whose personal homes were deeply impacted, we were the first dealership to reopen. We did so six days after the hurricane, and we continue to service the needs of our hurting community. I am so proud!”

In the area of philanthropy, Boniol has teamed up with his wife, Rebecca, to support educational initiatives in his region. “We worked to establish three charter schools in Lake Charles, helping to foster scholastic achievement in the minority community.”

In addition, the couple has established scholarship programs through McNeese State University and SOWELA Technical Community College, both in Lake Charles. Boniol has also served on the board of the Community Foundation of Southwest Louisiana, which supports local nonprofits and conducts civic improvement projects.

Boniol was nominated for the TIME Dealer of the Year award by Will Green, president of the Louisiana Automobile Dealers Association. He and his wife, Rebecca, have five children.