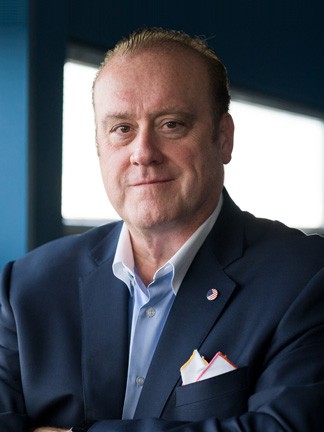 “I believe that leaders create more leaders, and I care for my associates as if they are family, helping them in any way possible to achieve their own level of success.”

Montenero is one of a select group of 48 dealer nominees from across the country who will be honored at the 106th annual National Automobile Dealers Association (NADA) Show in Dallas, Texas, on January 27, 2023.

The TIME Dealer of the Year award is one of the automobile industry’s most prestigious and highly coveted honors. The award recognizes the nation’s most successful auto dealers who also demonstrate a long-standing commitment to community service. Montenero was chosen to represent the New Jersey Coalition of Automotive Retailers in the national competition – one of only 48 auto dealers nominated for the 54th annual award from more than 16,000 nationwide.

“I believe that leaders create more leaders, and I care for my associates as if they are family, helping them in any way possible to achieve their own level of success,” nominee Montenero said.

A 1980 graduate of Jackson Memorial High School in Jackson, New Jersey, Montenero launched his career in the car business at a Ford dealership in Freehold, New Jersey, in 1981.

“I’ve always enjoyed building relationships and realized that I had a natural talent for sales,” he said. Montenero was soon named sales manager and then finance manager at the dealership before moving to a different Ford store in Shrewsbury, New Jersey, where he rose to the position of general manager.

“After much hard work and determination, I was granted the opportunity to purchase a Toyota dealership in Washington, North Carolina, in 1990,” he said. “At the age of 27, I was proud to be the youngest Toyota dealer in the country.”

After 10 years running the North Carolina store, Montenero moved back to New Jersey and became director of operations for World Auto Group in Springfield. “The group consisted of 12 dealerships and I proudly served 1,500 employees from 2000 to 2007,” he said.

Today, he is president and dealer principal at Autoland Toyota Chrysler Jeep Dodge Ram in Springfield, where he has spent the last 15 years carefully molding an environment that fosters long-term relationships between associates, customers and the community.

“Our team is dedicated to ensuring Autoland's staff reflects the diverse communities we serve. With more than 15 languages spoken throughout our facilities, we are proud of the culture of inclusiveness reflected in the organization,” Montenero said.

An active member of Toyota dealer councils, Montenero has worked extensively with the manufacturer and has received the coveted Toyota President’s Award multiple times. This honor is given to dealerships that go above and beyond at each customer touch point and represent the best of the best.

Montenero is currently on the board of trustees for the New Jersey Coalition of Automotive Retailers, where he was recently named regional vice president. “My experience in other markets allows me to bring unique perspectives to the association and better advocate for all dealers in our state,” he said.

In the area of community service, Montenero also dedicates his time and talent to various organizations. He is on the board of the Springfield Business Improvement District and on the board of trustees for RWJBarnabas Health Community Medical Center and the Children's Specialized Hospital Foundation.

Montenero is grateful that donations made in honor of his father, Sylvestro Montenero, helped build a state-of-the-art Autoland Therapy Gym for the Children’s Specialized Hospital in Union, New Jersey.

“My father always encouraged our family to give back, especially to organizations serving children,” he said. “If we can lift the spirits of patients who need physical therapy by providing a cheerful space, it is a wonderful tribute to my father.”

Another Autoland Therapy Gym is under construction in Children’s Specialized Hospital in Toms River, New Jersey, to honor Montenero’s best friend, Richard (Ricky) J. Nauyoks Jr., who was wheelchair bound following a freak pool accident in 1980 and who passed away in 2021.

Montenero also co-chairs the Children’s Specialized Hospital Foundation’s Transforming Lives2.0 Capital Campaign where 100 percent of every dollar received goes directly to the hospital to update and improve facilities and expand the hospital’s reach, as well as support crucial research. “We’re raising $45 million to make sure that miracles happen for these beautifully diverse children and there’s nothing more rewarding than that,” he said. “This is an ongoing process. We just passed the $38 million mark and we're excited to meet or exceed our goal in the coming year as we continue to build and break ground on new facilities as we go."

Montenero was nominated for the TIME Dealer of the Year award by Jim Appleton, president of the New Jersey Coalition of Automotive Retailers. He and his wife, Arlene, have three children.