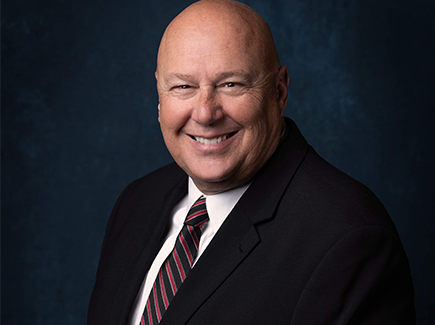 “Business growth and recognition is very gratifying. But, ultimately, the ability to assist my local community is the most rewarding piece of my automotive career.”

Mark Porter served in the United States Air Force from 1975 to 1977 and the Ohio Air National Guard from 1977 to 1985. He began his auto career working as a salesperson for Bobby Layman Chevrolet in Columbus, Ohio, in 1978.

“I have always had an affinity for sales,” he said. “Selling newspapers became a pertinent source of money for my family when my father was in the military and deployed to Korea. Bobby Layman took an interest in my drive as well as my Eagle Scout designation and accomplishments.”

Porter counts his experience at Bobby Layman Chevrolet, where he worked until 1987, as sparking his passion for the car business. “The love for this job promoted my ability to be top salesperson within a couple of years,” he said. “And that ignited my dream to be a dealer one day.”

Over the following years, he moved to different dealerships throughout Ohio, turning around sales and moving up the management ranks. In 2006, he founded Mark Porter Auto Group, which today encompasses three Ohio new car dealerships in Pomeroy and Jackson and a used car “autoplex” in Athens. His wife, Theresa, and two sons, Chase and Chane, all contribute to the family enterprise.

“Due to my passion, drive and the great mentors who provided the tools, initiative and skills that allowed me to understand and run a dealership with optimum department metrics, I was able to achieve my dream,” he said. “I wake up every morning blessed with the opportunity to work side by side with my sons and wife in this business that we all equally love and live for.”

And he passes that good will onto his community as well. Porter sponsors area baseball teams, county fairs and high school fundraising initiatives. He donated toward the building of a new football stadium for Meigs High School in Pomeroy, a new field house for Alexander High School in Albany, Ohio, and new stadium lights for Trimble High School in Glouster, Ohio. And he supports the March of Dimes, 4-H, FFA (Future Farmers of America), the American Red Cross and other local and national organizations.

“The Porter family has yearly involvements with 11 counties, and we are proud to provide support and assistance when needed to local businesses and the community,” Porter said.

Porter was nominated for the TIME Dealer of the Year award by Zach Doran, president of the Ohio Automobile Dealers Association. He and his wife, Theresa, have two children.