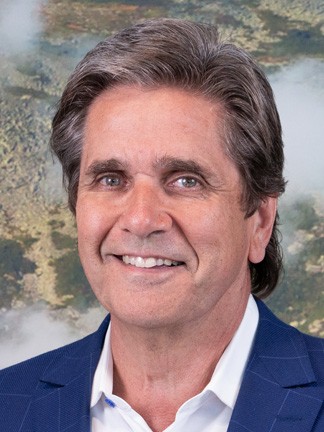 “Seeing my employees grow in this business and be successful is very rewarding. I know our employees are our biggest asset, and I am a believer of promoting from within.”

(New York, NY, October 18, 2022) – The nomination of Mark Tulley, owner of Tulley Automotive Group, a BMW, Buick, GMC and Mazda dealership in Nashua, New Hampshire, for the 2023 TIME Dealer of the Year award was announced today by TIME.

Tulley is one of a select group of 48 dealer nominees from across the country who will be honored at the 106th annual National Automobile Dealers Association (NADA) Show in Dallas, Texas, on January 27, 2023.

The TIME Dealer of the Year award is one of the automobile industry’s most prestigious and highly coveted honors. The award recognizes the nation’s most successful auto dealers who also demonstrate a long-standing commitment to community service. Tulley was chosen to represent the New Hampshire Automobile Dealers Association in the national competition – one of only 48 auto dealers nominated for the 54th annual award from more than 16,000 nationwide.

“Seeing my employees grow in this business and be successful is very rewarding,” nominee Tulley said. “I know our employees are our biggest asset, and I am a believer of promoting from within.”

A 1978 graduate of Nashua High School in Nashua, Tulley started working at his family’s dealership, Tulley Buick, at age 14. The store was founded by his father, Vincent Tulley, in 1957.

“I started out sweeping the parking lot and shoveling snow off the roof,” he said, learning the business from the ground up. By age 22, he was selling cars and soon was promoted to sales manager, where he gradually began taking on more responsibilities.

“When I was about 28 years old, I ordered all vehicles, appraised vehicle trade-ins,
placed all advertising with newspapers and radio stations, hired and fired salespeople,” he said. “I have always been a workaholic, which I guess I get from my father and going through a recession in the early 1990s, which put our business in jeopardy.”

His father had recently retired and when the recession hit, Tulley assumed multiple jobs at the dealership as his family was forced to lay off employees. “Things were so bad, we were selling used cars just to make payroll,” he said. “There was no way I was going to let the store go under, so I worked 80-plus hours per week until things got better and I could hire back employees.”

Today, the dealership continues to grow and thrive. He owns Tulley Automotive Group with two of his brothers, Vincent and Bryan, and the three also oversee BMW of Manchester in Manchester, New Hampshire.

With many years of experience and unique insights into the ups and downs of owning a dealership, Tulley has recognized the shortfalls in the retail auto industry and has devoted his time and resources to help solve those issues.

“I believe that if we don't get involved in helping and preparing children for a career in the automotive field, we will not survive down the road,” he said.

To that end, Tulley began working with his local high school 20 years ago to implement an automotive department. The Nashua High School North automotive technology program provides hands-on training in troubleshooting, repairing and maintaining vehicles, as well as work-based learning.

Recently, he helped breathe new life into the program by providing a new vehicle for the students to experiment on and revamping the workspace. He remains an advisor to the program.

As president of the New Hampshire Automobile Dealers Association Education Foundation board, where he has served since 2010, Tulley has been instrumental in increasing investment in scholarships for students to pursue degrees in automotive technology. The foundation’s mission is to build a workforce for the future.

“We have gone from giving away $15,000 a year in scholarships to $100,000 per year,” he said. “The students begin interning at the high school level and then go on to community college and are employed by dealers throughout New Hampshire. And many of them are graduating debt-free.”

In addition, the foundation holds a college and career day where students from around the state can meet representatives of college automotive technology departments and learn about the wide range of opportunities available to them.

Tulley also serves on the advisory board for Nashua Community College’s automotive technology program and was recognized by the New Hampshire Department of Education as a WBL (Work-Based Learning) Champion in 2019 for his efforts. In the same year, he received the Ron Kraus Outside the Profession Award from the Nashua Education Foundation.

He and his family are long-time, dedicated supporters of the Boys & Girls Club of Greater Nashua and in 2020, they received the Champion of Youth Award from the group for their commitment to children in the region.

Tulley was nominated for the TIME Dealer of the Year award by Pete McNamara, president and executive director of the New Hampshire Automobile Dealers Association. He and his wife, Susan, have two children.