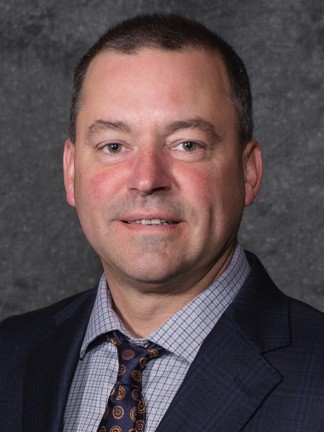 “Along my career path, I have had the opportunity to work for some outstanding mentors. I learned so many different things from them and was always taking notes so I could put those experiences to work in my own dealership. There isn't a day that goes by that I do not try to learn something new.”

(New York, NY, October 18, 2022) – The nomination of Matthew Bredemeier, owner of Grand Forks Subaru Kia in Grand Forks, North Dakota, for the 2023 TIME Dealer of the Year award was announced today by TIME.

Bredemeier is one of a select group of 48 dealer nominees from across the country who will be honored at the 106th annual National Automobile Dealers Association (NADA) Show in Dallas, Texas, on January 27, 2023.

The TIME Dealer of the Year award is one of the automobile industry’s most prestigious and highly coveted honors. The award recognizes the nation’s most successful auto dealers who also demonstrate a long-standing commitment to community service. Bredemeier was chosen to represent the Automobile Dealers Association of North Dakota in the national competition – one of only 48 auto dealers nominated for the 54th annual award from more than 16,000 nationwide.

“Along my career path, I have had the opportunity to work for some outstanding mentors,” nominee Bredemeier said. “I learned so many different things from them and was always taking notes so I could put those experiences to work in my own dealership. There isn't a day that goes by that I do not try to learn something new.”

A 1994 graduate of Mayville State University in Mayville, North Dakota, where he earned a B.S. in business administration, Bredemeier was just 15 years old when he developed a passion for the retail automotive industry.

“I worked at a dealership as a lot attendant in high school,” he remembered. “I eventually moved into the detail department and transitioned to the parts department before starting to sell cars once I was in college. Right then, I knew how much I loved this business.”

After college, Bredemeier continued his career path by moving into finance and working as an F&I (Finance & Insurance) training representative for a warranty company. He eventually made his way back to the retail automotive side of the business and worked in sales management, always wanting to own his own dealership. In 2006, Bredemeier partnered with a previous employer in a new dealership and today, he is the sole owner of Grand Forks Subaru Kia.

“I am very appreciative of the position that I have as being a new-car dealer and business owner,” he said.

Bredemeier has put his substantial experience to work for the good of all dealers in the state and currently chairs the board of the Automobile Dealers Association of North Dakota, “The association works diligently to protect the interests of dealers on the state and national level,” he said. “As a board member, I see firsthand how the group advocates for dealers on a wide range of issues relating to manufacturers, consumers and state and federal laws.”

A multiple recipient of the Subaru Love Promise Customer & Community Commitment Award, Bredemeier’s dealership has been recognized for its commitment to customer service and for being a positive force in his community.

“I think being able to help others is the most rewarding aspect of my retail automotive career,” he said. “Partnering with Subaru and helping our hometown charities every year during the Subaru Share the Love Event has been very fulfilling. The money that Subaru contributes and then the money we add to that has made a tremendous impact in our community.”

Bredemeier was nominated for the TIME Dealer of the Year award by Matthew Larsgaard, president and CEO of the Automobile Dealers Association of North Dakota. He and his wife, Michelle, have one daughter.