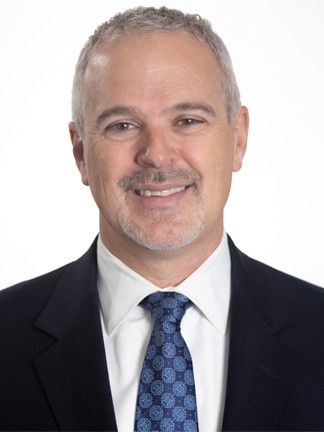 “The most rewarding impact of my retail automotive career has been creating a happy, healthy, constructive and inclusive environment for our employees and customers, while at the same time providing for my family and giving back to the community.”

(New York, NY, October 18, 2022) – The nomination of Matthew Aiello, dealer principal at J.B.A. Chevrolet in Glen Burnie, Maryland, for the 2023 TIME Dealer of the Year award was announced today by TIME.

Aiello is one of a select group of 48 dealer nominees from across the country who will be honored at the 106th annual National Automobile Dealers Association (NADA) Show in Dallas, Texas, on January 27, 2023.

The TIME Dealer of the Year award is one of the automobile industry’s most prestigious and highly coveted honors. The award recognizes the nation’s most successful auto dealers who also demonstrate a long-standing commitment to community service. Aiello was chosen to represent the Maryland Automobile Dealers Association in the national competition – one of only 48 auto dealers nominated for the 54th annual award from more than 16,000 nationwide.

“The most rewarding impact of my retail automotive career has been creating a happy, healthy, constructive and inclusive environment for our employees and customers, while at the same time providing for my family and giving back to the community,” nominee Aiello said. Aiello received a B.S. in business administration from the University of Richmond in Richmond, Virginia, in 1995. He planned to follow in the footsteps of his father, Joseph Aiello, and join the family’s Chevrolet dealership in Glen Burnie. “

My automotive career started at age 16 in the wash bay, prepping vehicles for delivery and organizing the lot during summers,” he said. “At age 19, I began selling used vehicles during the summer. After graduating from college, and while studying for the CPA exam, I attended the NADA Academy to prepare myself for a future at the dealership.”

Aiello experienced all aspects of the business, from service to parts to the body shop and ran fixed operations until 2007 when he was named general manager. He became executive manager in 2012 and dealer principal in 2015. Today, his father is semi-retired and his brother and partner, Mark, is fully retired, so he oversees J.B.A. Chevrolet and J.B.A. Infiniti of Ellicott City, also in Maryland. His wife, Joyce, and son Lorenzo, as well as his nephew and niece, are all part of the family enterprise.

“The business foundation and personal interactions I acquired while attending the University of Richmond will always be at the core of my ability to run a successful dealership,” Aiello said. “I also value the guidance, wisdom and opportunity offered by my father and the love, support, advice and counsel of my wife, who always reminds me to take the best attributes and ideas from those more experienced than me and implement them throughout the store.”

Aiello also credits his team with guiding him through the challenging process of becoming a dealer principal in a family business. “I have always worked shoulder to shoulder with our staff,” he said. “This allowed me to learn the business literally where the rubber meets the road while earning the respect of those around me.”

An active member of the Maryland Automobile Dealers Association where he has served on the board since 2016, Aiello’s experience in day-to-day dealership operations has helped him advocate for all dealers in his state.

“I have been able to bring to the forefront issues facing dealers today in regard to manufacturer relations, legislative actions and regulatory rules to help improve the business climate for all dealers in Maryland,” he said. In the area of community involvement, Aiello’s main focus is improving area schools and the regional hospital, University of Maryland Baltimore Washington Medical Center (UM BWMC). “In 2005, my parents donated $1 million to UM BWMC to establish the Aiello Breast Center,” he said. “We continue to support this important initiative with an annual donation of $25,000, as well as sponsor the hospital’s annual gala, golf tournament and crab feast events.”

Aiello was nominated for the TIME Dealer of the Year award by Peter Kitzmiller, president of the Maryland Automobile Dealers Association. He and his wife, Joyce, have two children.