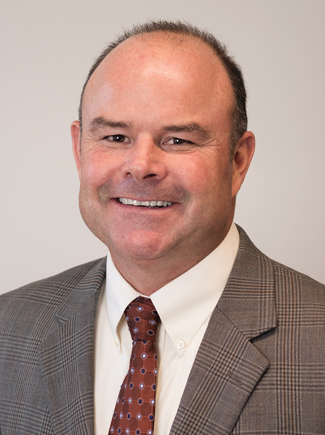 “The most rewarding aspect of my career has been working as part of a ‘family’ for many years. Some of us literally are family, but there are also those heavily invested, longtime employees who have shared our wins and losses. Time blurs the lines between employee, friend and family, and eventually you find yourself spending your workday with a committed group who cares as much about the business and customers as you do.”

Kopp earned a B.S. in marketing from Plymouth State College (now Plymouth State University) in Plymouth, New Hampshire, in 1992. After college, he went to work full-time at his family’s dealership, originally founded by his grandfather in 1959 as North Country Motor Sales.

“My father joined the dealership in 1966, and when I was young, much of our life revolved around the ‘garage’. Beyond the basic tasks assigned to someone growing up in a family car business, including washing cars, clearing snow, etc., I began my more formal employment in our body shop working as a technician during summers and winter breaks while in college.”

He also worked in the body shop of a GMC store near college, a job that earned him extra money for school and provided valuable perspectives on how other dealerships were managed.

Kopp honed his skills in sales at North Country Ford and in 2005, together with his father and brother Keith (who joined the business in 1995), opened an independent used-car dealership, Schurman Motor Company, also in Lancaster. Kopp helped launch and establish that business before turning his attention back to North Country Ford in preparation for his father’s retirement in 2008. Today, he and his brother are equal partners in the family enterprise, which also includes a collision center.

“I was fortunate to be raised in a loving, intact, family. My father was an excellent mentor for both business and life, and set good examples of integrity, common sense and resourcefulness. My mother was a quiet, steady supporter of the family and the business.”

He also credits a highly functioning and productive partnership with his brother and the strong support of his wife, Sharon, for contributing to his success. “She is a great sounding board and her advice is usually spot on."

His experience working in a multi-generational, family-owned business has allowed Kopp to wear many hats and tackle challenges head-on. He brought that same flexibility and determination to his years serving on the board of directors of the New Hampshire Automobile Dealers Association from 2012 to 2019, where he was also chair from 2017 to 2018.

“My time on the board was during a period of recovery for New Hampshire’s auto industry after the recession, so I worked with state legislators to bolster our Dealer Bill of Rights. And after the industry bounced back, we had a shortage of trained workers, so we developed a new fundraiser, the Big Raffle, to boost the association’s education foundation. This popular event has enabled the foundation to distribute more than $100,000 per year in scholarships to maintain a skilled workforce for dealers.”

Kopp’s hands-on approach to tackling challenges applies to his volunteerism as well. He has been a member of the Lancaster Fire Department, which relies on local volunteers to battle fires, since 1999 and currently serves as assistant chief.

“I have been one of the top five most active members annually throughout my entire career. My proximity to the firehouse and love of service has allowed me to help my community during emergencies. No matter how busy we are, and especially during a time when many towns are suffering from a reduction in volunteerism, I think civic duty is extremely important.”

“I sincerely believe in donating my time outside the business and giving back to the community. And much of that outgoing effort flows right back through the front door in the form of appreciative customers.”

Kopp was nominated for the TIME Dealer of the Year award by Peter McNamara, president of the New Hampshire Automobile Dealers Association. He and his wife, Sharon, have three children.