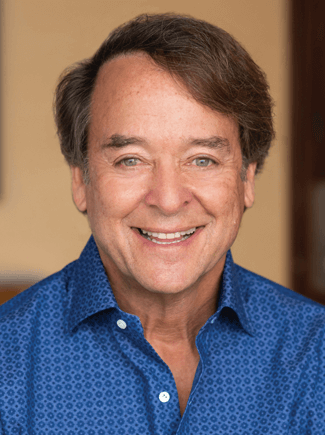 “The most rewarding part of my career has been working with my father, my children, the environment and the community. My dad was such a big influence in my life, and I’m incredibly grateful to now be sharing this experience with my kids in the same way my dad did with me.”

Sullivan earned a degree in psychology in 1975 from the University of California, Irvine. His father, ‘Sully’ Sullivan, had entered the auto business in 1948, eventually buying into Volkswagen Santa Monica in 1969 and taking full ownership in 1974. One year after college, Sullivan joined his dad at the dealership.

“I have been very lucky. Sully was my dad, my partner and my best friend. I got to work with him every day for 20 years.”

Sullivan absorbed all he could about the car business and rose through the ranks. He and his dad opened Lexus Santa Monica in 1989, one of the first Lexus dealerships in the country, and in 1993, he acquired his first store on his own, Toyota of Hollywood. Today, LAcarGUY Family of Dealerships encompasses 12 stores in the greater Los Angeles area and his three children, Sean, Kelly and Meghan (Simpson), are now partners in the business.

“Besides my father, I have a long list of people who gave generously of their time to train me, push me and provide me with amazing opportunities to succeed. No one succeeds alone; we’re the product of the relationships that we cultivate with others.”

With such deep roots in the Los Angeles-area auto market and an extensive knowledge of the issues facing dealers, Sullivan is ideally suited to serve on advisory councils for the major car companies. He has worked with Toyota, Porsche, Volkswagen and Lexus in that capacity.

“As board member, chair or president of an association, I get the opportunity to work one on one with other dealers, factory heads, legislators and some innovative thinkers. That interaction provides a broader perspective on the issues we need to tackle and paves the way for a positive change for all.”

Sullivan considers himself a “genuine environmentalist at heart” and has instituted green initiatives at his dealerships, including a Green Team, which ensures eco-policies are followed. The group meets regularly to come up with ways to reduce the company’s footprint.

He has also served on the board of Heal the Bay, a group that endeavors to protect the coastal waters and watersheds of Greater Los Angeles, and he sponsors their Bring Back the Beach Gala. For the Environmental Media Association, Sullivan works with other environmental influencers to bring the planet’s most pressing issues to the forefront of popular culture.

Recently, his company contributed to RADIO.COM’s Feed Our Families initiative, which supplies meals to those in need. “We contributed $15,000 to this urgent cause. Eighty percent of Los Angeles Unified School District students are from families living in poverty and they depend on these nutritious meals.”

Sullivan has also been a longtime benefactor of Richstone Family Center, a progressive center that provides prevention and treatment services for victims of domestic violence and child abuse. “We host the annual Richstone fundraising gala at our Porsche South Bay store every year. And my family ‘adopts’ a family in need during the holidays, providing much-needed essentials.”

“We use our dealerships as venues for events that support the causes that we are passionate about. It’s a great way to be involved in the community and make a difference.”

Sullivan was nominated for the TIME Dealer of the Year award by Bob Smith, executive director of the Greater Los Angeles New Car Dealers Association. Mike and his wife, Robin, have three children.