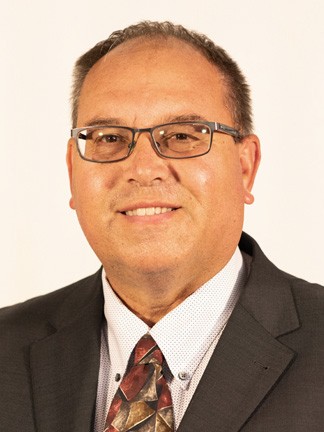 “Being able to keep our dealership family-owned and operated touches a part of my heart that gives me the most reward. When you walk into Hutcheson Ford, you feel the love that my family has for each other, our employees and the customers we serve.”

(New York, NY, October 18, 2022) – The nomination of Michael Tucker, vice president of Hutcheson Ford Sales Inc. in Saint James, Missouri, for the 2023 TIME Dealer of the Year award was announced today by TIME.

Tucker is one of a select group of 48 dealer nominees from across the country who will be honored at the 106th annual National Automobile Dealers Association (NADA) Show in Dallas, Texas, on January 27, 2023.

The TIME Dealer of the Year award is one of the automobile industry’s most prestigious and highly coveted honors. The award recognizes the nation’s most successful auto dealers who also demonstrate a long-standing commitment to community service. Tucker was chosen to represent the Missouri Automobile Dealers Association in the national competition – one of only 48 auto dealers nominated for the 54th annual award from more than 16,000 nationwide.

“Being able to keep our dealership family-owned and operated touches a part of my heart that gives me the most reward,” nominee Tucker said. “When you walk into Hutcheson Ford, you feel the love that my family has for each other, our employees and the customers we serve.”

After earning a degree in economics from the Missouri University of Science and Technology in Rolla in 1991, Tucker worked in manufacturing before returning to his hometown of Saint James to join the family enterprise in 1993.

“As a third-generation car dealer, I started my automotive career at the age of 13 helping my father and grandfather around the store,” he said. “The start of my career is anything but conventional and thank goodness, because following the status quo is not for me.”

Stepping into full-time work at the dealership as an adult with a college degree required Tucker to learn the nuances of the operation. “I decided that I would spend a large portion of time with each department,” he said. “Over time, I gained the knowledge I needed to step into the CEO position of the company. My father had entrusted me with the responsibility to make sure that we produced for our employees, customers and community, and I was determined to do so.”

Tucker later attended the NADA Academy to further prepare for successorship. And his business is a true family affair, as his parents and wife are integral members of the team, and his children are entering the company as fourth-generation leaders.

“Truthfully, the journey has been a wild ride, but one which I’d never change,” he said. “Gaining the wisdom passed down from my father and others helps me stay agile in an ever-changing automotive environment.”

And Tucker gives back to the industry that he has grown to love. He is currently serving on the board of directors for the Missouri Automobile Dealers Association.

“I have been able to witness firsthand how local, state and federal changes impact our industry,” he said. “Board membership gives me the privilege to speak and represent all Missouri dealers. It is an important job that I do not take lightly, and it is an honor to help so many people who work in the retail automotive sector.”

In the area of civic service, Tucker is proud of his role on the board of the St. James Fire Protection District, which provides fire protection and emergency response for his community. He is also president of the St James Golf Club, a semi-private golf course in the heart of the Ozarks.

“At Hutcheson Ford, we have always believed that our customers and community are number one,” he said. “My grandfather started this company not only to support his family but to help serve his community.”

To that end, the dealership partners with local organizations that improve the quality of life in the region. His biggest impacts include donating to the St. James Sports Club annual toy drive and Phelps County Shop with a Cop initiative, two programs that make Christmas more joyful for children in need.

“This is not where the support stops,” Tucker said. “We believe in helping people with random acts of kindness during the holiday season. This allows a few of our employees to become elves for a day and pay for gas, electric bills, groceries, library dues, college bills, supplies for the local animal shelters and generous tips to servers in restaurants.”

Tucker added, “Hutcheson Ford continues to give back by sponsoring events and volunteering countless hours to the community that has made us who we are today.”

Tucker was nominated for the TIME Dealer of the Year award by Doug Smith, president and CEO of the Missouri Automobile Dealers Association. He and his wife, Joy, have four children.