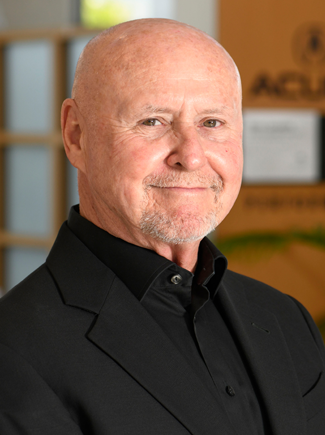 “It has been my extreme pleasure to provide opportunities for advancement to hundreds of employees over the years. To watch them grow their careers and their families has been one of the most gratifying experiences of my life.”

Keppel, a 1969 graduate of Midland High School in Midland, Michigan, knew he was a “car guy” at an early age.

“It began when I was about 8 years old, sitting in the back of the family station wagon at the local drive-in, eating my French fries, when a 1930's Ford roadster in a crazy mint green color pulled in next to us,” he recounted. “It had no top or fenders or hood, but it had chrome wheels and wide whitewall tires. The engine was mostly chrome and very loud and smelly. The driver was a young guy with slicked back hair and a white t-shirt with a pack of cigarettes rolled up in his sleeve.”

“I asked my dad about the car and he said, “That’s a hot rod, son.’ The image, sound and smell of that moment was forever burned into my psyche. That’s when I knew that I was a car guy.”

Years later, Keppel moved from Midland to Honolulu and was selling cars out of his driveway when a friend told him about a sales opportunity at a Datsun dealership. That was 1979, and his career has since spanned three Hawaiian Islands, where he’s sold everything from Hondas to DeLoreans, and managed six dealer groups. In 2010, he opened his own store, Acura of Maui.

“I am very grateful for the hard work of my employees and the sense of aloha we all have shared,” he said.

Over the years, Keppel has supported many local groups and organizations, including youth sports and high school graduation events. He has recently come to the aid of a local hospital during the COVID-19 crisis.

“Maui Memorial Medical Center experienced a shortage of personal protective equipment,” he said. “With the help of American Honda, we were able to deliver several cases of face shields to the hospital at the height of the pandemic.”

Keppel was nominated for the TIME Dealer of the Year award by fellow dealers in the Hawaii Automobile Dealers Association. He and his wife Karrie Ross live in Kahului and Honolulu. There are four children and 7 grandchildren.