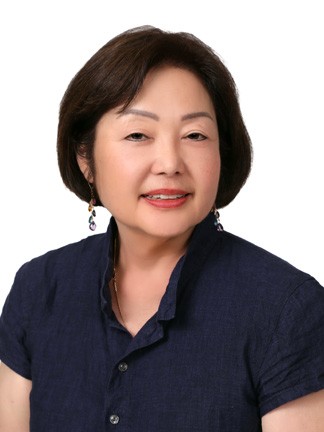 “We are a well-known local family business that is currently in our fifth generation on the Big Island and represent continuity, longevity and family values to the island community.”

(New York, NY, October 18, 2022) – The nomination of Nan I. Kitagawa, president of I. Kitagawa and Company, a Chrysler, Dodge, Jeep, Nissan and Ram dealerships in Hilo and Kona, Hawaii, for the 2023 TIME Dealer of the Year award was announced today by TIME.

Kitagawa is one of a select group of 48 dealer nominees from across the country who will be honored at the 106th annual National Automobile Dealers Association (NADA) Show in Dallas, Texas, on January 27, 2023.

The TIME Dealer of the Year award is one of the automobile industry’s most prestigious and highly coveted honors. The award recognizes the nation’s most successful auto dealers who also demonstrate a long-standing commitment to community service. Kitagawa was chosen to represent the Hawaii Automobile Dealers Association in the national competition – one of only 48 auto dealers nominated for the 54th annual award from more than 16,000 nationwide.

“We are a well-known local family business that is currently in our fifth generation on the Big Island and represent continuity, longevity and family values to the island community,” nominee Kitagawa said.

Kitagawa earned a B.A. from Scripps College in Claremont, California, in 1979. Starting in 2007, she worked as an administrative assistant to her husband, Brian I. Kitagawa, who was at the helm of I. Kitagawa and Company, a business founded by his great grandfather in 1905. The company was founded on the Big Island of Hawaii in 1905. She was named president and dealer principal after her husband’s passing in 2019.

“Brian was the leader of the family business for more than 40 years,” Kitagawa said. “With the support of family, friends and key individuals in the company, I was able to take over dealership operations in order to continue my husband’s legacy.

“I am delighted that the fifth generation is now involved in operating our various businesses, Kitagawa said. “Together we are all working to improve our facilities, operations, customer service and community outreach.”

Despite the global pandemic and other challenges, Kitagawa is proud to oversee a strong business that continues to provide jobs and training to her 200-plus employees. “They have put a lot of faith and support in me,” she said. “We have continued to thrive and to advance our own
employees and provide great customer service to those individuals who have trusted us with their business.”

A member of an NADA 20 Group, the Chrysler Minority Dealers Association and the Hawaii Automobile Dealers Association, Kitagawa credits these organizations with offering tremendous support as she navigated her new role as dealer principal. “I have learned a great deal from interacting with industry peers and gaining knowledge from shared experiences,” she said.

Kitagawa is also a member of 100 Women Who Care, the North Hawaii Chapter, a group of women leaders who support local nonprofit organizations. “We evaluate business plans and goals for organizations and provide our time, expertise and funds to help them initiate or complete projects that impact our community,” she said.

The most rewarding aspect of her new career has been the unconditional support Kitagawa has received from individuals who were touched by their relationship with her husband. “Many have been very generous with their time, wisdom and experience,” she said. “They have enabled me, having very little experience or knowledge, to run the Kitagawa businesses and to continue our Big Island family legacy.”

Kitagawa was nominated for the TIME Dealer of the Year award by Dave Rolf, executive director of the Hawaii Automobile Dealers Association. She and her late husband, Brian, have two children and two grandchildren.