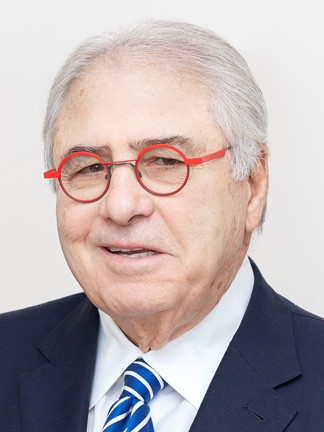 “There is no doubt in my mind that the most rewarding aspect of my automotive career is helping people better themselves and their families.”

(New York, NY, October 18, 2022) – The nomination of Nelson E. Bowers II, dealer principal at Toyota of Cleveland in McDonald, Tennessee, for the 2023 TIME Dealer of the Year award was announced today by TIME.

Bowers is one of a select group of 48 dealer nominees from across the country who will be honored at the 106th annual National Automobile Dealers Association (NADA) Show in Dallas, Texas, on January 27, 2023.

The TIME Dealer of the Year award is one of the automobile industry’s most prestigious and highly coveted honors. The award recognizes the nation’s most successful auto dealers who also demonstrate a long-standing commitment to community service. Bowers was chosen to represent the Tennessee Automotive Association in the national competition – one of only 48 auto dealers nominated for the 54th annual award from more than 16,000 nationwide.

“There is no doubt in my mind that the most rewarding aspect of my automotive career is helping people better themselves and their families,” nominee Bowers said. “I can think of at least 850 men and women – some who came into our dealerships as hourly employees – who rose to managers, controllers, general managers, even an executive who runs a dealership group.”

He added, “I relish the thought that I played a small part in their growth and that I was able to recognize their potential early on.”

Bowers is a 1968 graduate of the University of Georgia in Athens, where he earned a degree in business administration and played football for the Bulldogs. After college, he was selling suits in Chattanooga, Tennessee, before helping out a friend who was having financial trouble with his Volvo dealership.

In 1976, he became the Volvo dealer in Chattanooga and soon added BMW and Volkswagen franchises. “In 1987, I sold my stores and thought it was time to retire,” Bowers said.

But that retirement was short-lived. In 1990, he began acquiring dealerships again and by 1997, he oversaw stores representing BMW (two), Chrysler, Dodge, Ford, Honda, Infiniti,
Jaguar, Jeep, Plymouth, Saturn (three), Volkswagen (two), Volvo and several body shops. He sold that group to Sonic Automotive, based in Charlotte, North Carolina, and joined the company as an acquisition leader before retiring once again.

Today, Bowers has teamed up with his son, Nelson E. Bowers III, and son-in-law, Bradley B. Cobb, to form his current venture, Bowers Automotive Group, where he is CEO. The company encompasses 10 dealership locations in Tennessee and Georgia, representing Audi, Ford, Honda, Hyundai, Kia, Toyota and Volkswagen.

“I bring a wealth of experience and lowkey leadership to the business,” he said. “During my career, our dealerships have retailed more than 500 million cars, serviced hundreds of thousands of vehicles and employed tens of thousands of individuals.”

With such deep roots in the retail automotive sector, Bowers consistently supports his industry and is a longtime member of the Tennessee Automotive Association. “I have remained engaged on numerous issues and proudly represent dealers in our state,” he said. “I have contributed my time, financial resources and energy to helping the association reach its goals.”

Bowers has also held leadership positions on the board of the University of Georgia Foundation; the Chambliss Center for Children in Chattanooga; and served on the advisory committee for naming the Tennessee Titans when owner Bud Adams moved the NFL team from Houston to Nashville in 1998.

“I cherish being able to help others,” he said. To that end, he has provided funds for well-known charitable groups as well as for individuals in need. He has paid for cancer treatments for friends, helped employees’ families after personal tragedies and hired hundreds of people who were down on their luck and needed a chance.

“I feel that the reason I am where I am today is my incredibly supportive wife, a lot of luck and a good bit of hard work,” Bowers said. “I learned early on to surround myself with great team members, give them the rope they need to be successful, and always do the right thing.”

Bowers was nominated for the TIME Dealer of the Year award by Everett Sinor, president of the Tennessee Automotive Association. Bowers and his wife, Pamela, have two children and five grandchildren.