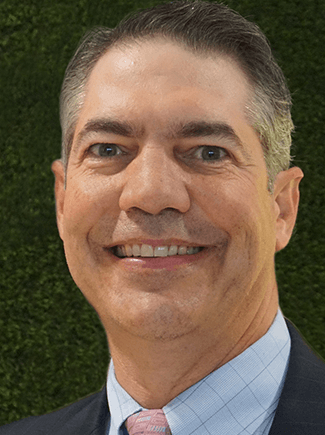 “My career, which is defined by the success of the dealership and the success of our associate members, allows all of us the ability to make a positive difference for thousands of local North Carolinians."

Fowler graduated from the University of Tennessee, Knoxville, in 1991, with a B.S. in education and sports management and a minor in business. During high school and college, he worked in various jobs at Modern Chevrolet in Winston-Salem, his family’s flagship store that was originally founded in 1933 by his great grandfather.

“As part of an organization that has been firmly involved in the local community for more than 87 years, I have built my career on traditions and cornerstones that were set in place by my father and grandfather. Our company has worked successfully to cultivate a positive, long-term and cooperative relationship with our associates, our manufacturers and our community.”

Fowler has served on advertising and advisory boards for Toyota and is on the board of trustees for the North Carolina Automobile Dealers Association, where he also held the position of chair in 2013.

His state association was instrumental in furthering a cause close to Fowler’s heart: supporting the military. In 2009, Modern Automotive Group sponsored four Flights of Honor to take World War II veterans to Washington, D.C., to visit the war memorial created in their honor. Fowler proposed that the North Carolina Automobile Dealers Association board support this great cause.

“Due to their age and the fact that the memorial was completed in 2004, most of the veterans had never had the experience of visiting the site. The flights were so successful and emotional for our veterans that I wanted to do more. With the help of our association, we were able to organize 22 additional flights from North Carolina and send about 2,200 heroes to D.C.”

For the last 20 years, Fowler has hosted the Modern Toyota Golf Classic, a golf tournament and fundraiser, which has benefitted the Arthritis Foundation, First-Tee of The Triad and recently, ABC of NC, a school in Winston-Salem for children with autism spectrum disorder and their families.

“In 2014, my son, Wyatt, was diagnosed with autism, and we were incredibly fortunate to have this great resource in my hometown. The school has done such a wonderful job helping Wyatt, that now we donate all proceeds from the tournament directly to ABC of NC.”

Fowler also furthers the cause of education in the automotive arena. He worked with the Forsyth Tech Community College to bring the Toyota & Lexus T-TEN program that provides state-of-the-art automotive diagnostic and repair training.

“This was extremely important due to the lack of technicians nationwide. Presently, more than 1,000 technicians have graduated from this program and have entered into the workforce.”

Other groups he supports include the Shepherd’s Center of Greater Winston-Salem (provides assistance for older adults); Big Brothers Big Sisters of America; the United Way of North Carolina; Piedmont Environmental Alliance (Earth Day Fair); and the American Red Cross; to name a few.

“The efforts of our associates to raise more than $2 million since 2000 for the local United Way has made such an impact on the community and for countless residents in the Winston-Salem area. The ability to empower our teammates, to help customers in the showroom, and to support causes in our local community is extraordinarily rewarding.”

Fowler was nominated for the TIME Dealer of the Year award by Robert Glaser, president of the North Carolina Automobile Dealers Association. Fowler and his wife, Jennifer, have five children.