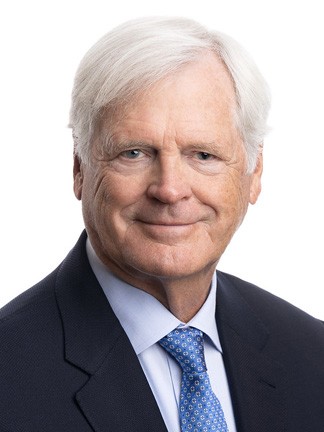 “It is extremely rewarding to know that our company has had such a positive impact on our employees and our communities. I believe that the growth and success of our business should be shared with those who helped create it, and the communities that supported us.”

(New York, NY, October 18, 2022) – The nomination of Paul Skillern, dealer principal at Kendall Ford of Meridian in Meridian, Idaho, for the 2023 TIME Dealer of the Year award was announced today by TIME.

Skillern is one of a select group of 48 dealer nominees from across the country who will be honored at the 106th annual National Automobile Dealers Association (NADA) Show in Dallas, Texas, on January 27, 2023.

The TIME Dealer of the Year award is one of the automobile industry’s most prestigious and highly coveted honors. The award recognizes the nation’s most successful auto dealers who also demonstrate a long-standing commitment to community service. Skillern was chosen to represent the Idaho Automobile Dealers Association in the national competition – one of only 48 auto dealers nominated for the 54th annual award from more than 16,000 nationwide.

“It is extremely rewarding to know that our company has had such a positive impact on our employees and our communities,” nominee Skillern said. “I believe that the growth and success of our business should be shared with those who helped create it, and the communities that supported us.”

Skillern earned a degree in business administration from the University of Oregon in Eugene in 1973. He was carving out a successful career in commercial banking in San Francisco when he moved to Medford, Oregon, to join his father-in-law’s Chevrolet business in 1977.

“For as long as I can remember, sports and the love of competition have been part of my life,” he said, noting his years as a competitive junior alpine skier. “I applied the lessons I learned on the slopes to my business and personal life, so I always work harder and never give up.”

To that end, Skillern experienced every department at the dealership to learn the ins and outs of the car business before moving to Kendall Ford in Eugene, Oregon, where he was named assistant general manager. Over the years, he oversaw expansion of the dealership group and directly operated stores. In 1990, he was named CEO of the Kendall Automotive Group and chairman in 2009. His wife, Dana, son, Michael, and daughter, Vanessa Skillern Pape, are all part of the family business.

“Over the past 45 years, I and our dedicated management team have guided the growth of our family-owned company to include a diversified automotive portfolio of 45 franchises in five states, plus related businesses,” Skillern said. “We have consistently strived to keep growing our footprint while maintaining the family values that have made us successful.”

An active member of dealer associations in Idaho and Oregon, Skillern has participated in meetings and conventions and has advocated for the auto industry on the state and national level.

“I have been able to forge close relationships with city leaders, governors and national political leaders, and lobbied on behalf of all dealers,” he said. “I felt it was important to be involved to protect the company, our employees and the industry that has supported and benefitted so many families throughout its existence.”

In the area of community service, Skillern is proud of working with his family to form Kendall Cares, a branded initiative with a dedicated staff that engages employees and develops partnerships with local nonprofits and community organizations. A few of their programs include Kendall's Catwalk for a Cause, Kendall Games, Kendall’s Drive for Education and Kendall's 20k Giveaway.

“Kendall’s Catwalk for a Cause event in Idaho helped raise over $100,000 for the local YMCA and Kendall's 20k Giveaway donated more than $320,000 to local charities,” Skillern said. “It is important to give back to those in need. It is who we are; it is in our DNA.”

Skillern was nominated for the TIME Dealer of the Year award by Jim Addis, vice president and executive director of the Idaho Automobile Dealers Association. He and his wife, Dana, have two children.