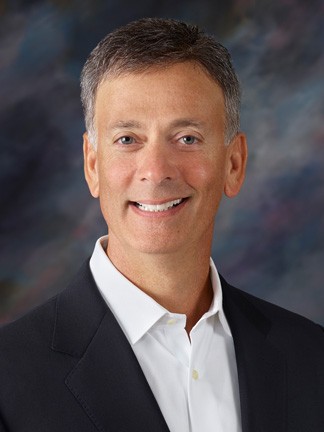 “The lessons I have learned in the retail auto business and the people I have been lucky enough to know and work with have all contributed to the foundation of who I am today."

Scarpelli is one of a select group of 48 dealer nominees from across the country who will be honored at the 106th annual National Automobile Dealers Association (NADA) Show in Dallas, Texas, on January 27, 2023.

The TIME Dealer of the Year award is one of the automobile industry’s most prestigious and highly coveted honors. The award recognizes the nation’s most successful auto dealers who also demonstrate a long-standing commitment to community service. Scarpelli was chosen to represent the Chicago Automobile Trade Association (CATA) in the national competition – one of only 48 auto dealers nominated for the 54th annual award from more than 16,000 nationwide.

“The lessons I have learned in the retail auto business and the people I have been lucky enough to know and work with have all contributed to the foundation of who I am today,” nominee Scarpelli said.

A 1984 graduate of Northwood University in Midland, Michigan, where he studied automotive marketing and management, Scarpelli has always been fascinated by cars. His father, Raymond Scarpelli Sr., owned a Chevrolet and Oldsmobile store, and Scarpelli relished his time there as a child.

“From an early age, my dad set an example that you should treat your customers the way you would want to be treated,” Scarpelli said. “Of course, it made all the sense in the world.”

Scarpelli later moved into the service department, was a lot attendant, washed cars and worked in the body shop. When it came time to look for a college, he let his passion for autos drive his decision. He chose Northwood University, where he could learn automotive marketing, management, accounting, service, parts and general operations – all the tools he would need to run a successful dealership. He also participated in hands-on activities, like the student-run outdoor Northwood University International Auto Show.

After college, Scarpelli worked in sales at his family’s Raymond Chevrolet Oldsmobile and continued his real-world education. He worked his way up through the ranks to become dealer principal of Ray Chevrolet and Ray Chrysler Dodge Jeep Ram in Fox Lake.

Over time, Scarpelli worked hard to grow the family business, adding key employees and improving customer satisfaction and service. He and his wife, Lisa, have two children who are now part of the dealership operation and the next generation to join the family business. He and his family also are active members of the Fox Lake community, and they reside in a town near the dealerships.

Scarpelli has held leadership positions for the CATA and served as chair of the Chicago Auto Show in 2019, overseeing the First Look for Charity black-tie gala. This popular fundraising event attracts car enthusiasts who also have a passion for philanthropy.

“In 2019, we raised $2.8 million for our charity partners, all of which are in the local area,” he said. “I was personally involved in selecting Catholic Charities of the Archdiocese of Chicago as a beneficiary.”

Other groups that benefited from the successful event include Ann & Robert H. Lurie Children’s Hospital of Chicago, Boys & Girls Clubs of Chicago, Special Olympics Illinois and Turning Pointe Autism Foundation, among others.

Scarpelli is also proud of the partnerships he has created to support community nonprofit groups, organizations and schools. One of his favorites is the Big Play Program which rewards four local high schools by donating $25 for each “big play” achieved, including home runs, touchdowns, soccer goals and others.

“Over the years, we have donated more than $350,000 to support student athletes,” he said.

When the McHenry Outdoor Theater, a drive-in located in McHenry, Illinois, reopened following pandemic restrictions, Ray Chevrolet treated 350 families to tickets to a free movie. Scarpelli was also an early champion of the CATA’s USO Barbecue for the Troops fundraising initiative that, over the years, has collectively raised more than $1 million to support USO Illinois, local military and their families.

“Our greatest strength is our relationship with the community,” he said. “And our friends, customers and neighbors are an extension of our family.”