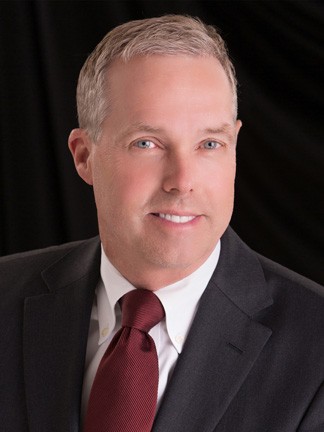 “I find it rewarding to impact the lives of our associates by offering them fair wages and career opportunities so they can live the American dream in every sense. I have great passion for taking care of our staff, customers and the communities we serve as they are the foundation from which we have built a great company.”

(New York, NY, October 18, 2022) – The nomination of Richard J. Garber, president of Garber Buick Company in Saginaw, Michigan, for the 2023 TIME Dealer of the Year award was announced today by TIME.

Garber is one of a select group of 48 dealer nominees from across the country who will be honored at the 106th annual National Automobile Dealers Association (NADA) Show in Dallas, Texas, on January 27, 2023.

The TIME Dealer of the Year award is one of the automobile industry’s most prestigious and highly coveted honors. The award recognizes the nation’s most successful auto dealers who also demonstrate a long-standing commitment to community service. Garber was chosen to represent the Michigan Automobile Dealers Association in the national competition – one of only 48 auto dealers nominated for the 54th annual award from more than 16,000 nationwide.

“I find it rewarding to impact the lives of our associates by offering them fair wages and career opportunities so they can live the American dream in every sense,” he said. “I have great passion for taking care of our staff, customers and the communities we serve as they are the foundation from which we have built a great company.”

Garber is a graduate of Northwood University in Midland, Michigan, where he earned an associate degree in automotive marketing in 1976 and a bachelor’s degree in business administration in 1978.

He is the third generation to run the family business. His grandfather Guy S. Garber, began his affiliation with Buick Motor Division in 1907 as a factory representative, establishing a dealership in Battle Creek, Michigan. He later established a Buick dealership in Saginaw, Michigan in 1910, which today remains Garber Buick, and is America’s oldest Buick dealership. Garber’s father, Richard Garber Sr., took over the operation in 1966 until his death in 1972, when Garber was just 16 years old.

Garber held various jobs at the dealership and was named general manager in 1979 and dealer the following year at age 25. “At the time, I was one of the youngest General Motors dealers in the country,” he said. “I then bought the dealership from my father's estate over a 10-year period, from 1981 to 1991, and, with the help of many amazing people, have grown the business to 23 dealerships in six states representing 17 franchises.”

Garber attributes his success to his organization’s core values of honesty, empathy, respect, work ethic, integrity and pride. “I don’t complicate things and I believe I connect with our team by living these values,” he said.

And he is proud of the numerous automotive awards he has received, particularly his dealership’s recognition on the Automotive News Best Dealerships to Work For list multiple times.

In the area of community service, Garber encourages his staff to lend their time and talent to local organizations and he even designated a community room within his dealership for nonprofit groups to host meetings, seminars and events at no cost.

“We are committed to supporting our community as the need has never been higher,” he said. “Business must be a good steward for all stakeholders, not just shareholders.”

To that end, he has led capital campaigns and fundraising to support numerous entities, including Mary Free Bed Rehabilitation at Covenant Healthcare; Leukemia & Lymphoma Society of Michigan; Temple Theatre in Saginaw; Saginaw Family YMCA; and CAN Council (works to stop child abuse and neglect); to name a few.

“I have been fortunate to lead some of the largest capital campaigns in our community's history,” Garber said. “And our organization is the largest philanthropic business in our immediate area, giving back more than $1 million annually to support local nonprofits.”

For his good works, Garber has received numerous awards and recognitions. In 2017, he was given the Lifetime Humanitarian Award by then-Michigan Governor Rick Snyder, and the United Way of Saginaw County honored his company with the Lloyd J. Yeo Community Involvement Award in 2015. In 2021, he was honored by the Boy Scouts of America with the Distinguished Citizens Award, for his leadership, values and contributions to the growth and vitality of the community.

“We not only donate significant monies to our community, but our current staff and I sit on the boards of more than 20 nonprofits, schools, hospitals, chambers of commerce, museums and other organizations,” Garber said. “I am so proud of that!”

Garber was nominated for the TIME Dealer of the Year award by Terry Burns, executive vice president of the Michigan Automobile Dealers Association. He has three children.